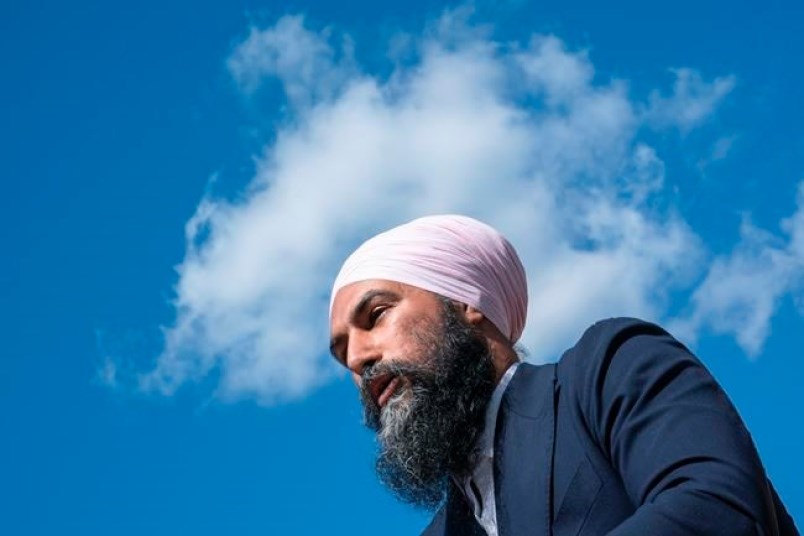 Jagmeet Singh is calling on the federal government to increase employee wage subsidies to businesses to 75% in order to keep people working during the COVID-19 pandemic.

The leader of the federal NDP and Burnaby South MP told reporters he also wants the Liberals to provide a cheque of $2,000 to every Canadian, plus $250 for children.

Parliament is set to reconvene on Tuesday to vote on an $82-billion aid package announced last week by the Liberals, and Singh said he would be supportive of those measures.

They include increased and expedited access to employment insurance, an increased GST rebate and a 10% wage subsidy for small businesses up to $1,375 per employee.

Singh called for increasing that wage subsidy and sending a cheque to all Canadians in a teleconference Monday morning.

“That way employers can keep on their staff, can keep on people, instead of having to let them go,” Singh said. “There are many people that are not going to be able to pay their bills or afford to put food on their tables if they don’t get help right away.”

The point of suggesting both a cheque to Canadians and to subsidize wages, Singh said, was to ensure people have jobs to go back to when things have calmed down.

Asked about whether the federal government should take action under the Emergencies Act, formerly known as the War Measures Act, which could include an order for residents to stay at home, Singh said he had reservations.

“Without giving income support to families right now, that’s an impossible situation for families,” Singh said. “This is a way to ensure that people can stay at home, that they can socially distance. For a lot of people, that’s not an option. It’s an impossible decision to say, ‘We need you to stay at home, but there’s no income to pay the bills or buy groceries.’”

He also said he had concerns about how those kinds of measures could impact vulnerable communities who don’t have a home in which to self-isolate.