While winter’s icy grip over the Lower Mainland will ease up slightly in the coming days, the most recent and future cold weather predicted for the season is a concern for the folks who work with the city’s most vulnerable.
Dec 16, 2016 9:14 AM By: Jeremy Deutsch 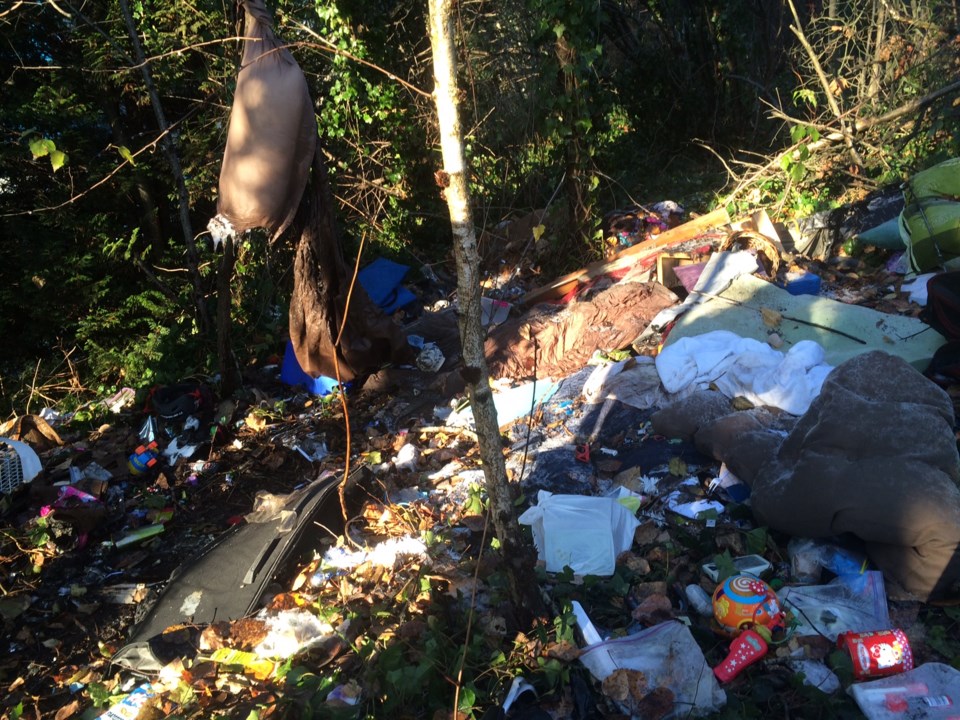 Groups that work with the city's homeless are concerned for their safety during the recent deep freeze.

While winter’s icy grip over the Lower Mainland will ease up slightly in the coming days, the most recent and future cold weather predicted for the season is a concern for the folks who work with the city’s most vulnerable.

Wanda Mulholland, the coordinator of the Society to End Homelessness in Burnaby, said her organization is worried for the lives of homeless people in the city at this time of year.

At various points during the week, the temperatures have dipped to near -10 C in the evenings in some areas.

Mulholland noted there are some new homeless people in Burnaby, and the weather can be particularly hard on for them if they’re not used to being outside.

Burnaby is one of the only Metro Vancouver municipalities without a permanent homeless shelter. However, when it gets this cold, Burnaby’s extreme weather shelter opens up. This year, the primary site is the Westminster Bible Chapel, 7540 6th St.

It’s an opportunity for someone to get a meal and get out of the cold for an evening in some pretty basic conditions. The extreme weather shelter, which has 30 beds, is run by the Lookout Society and funded by B.C. Housing.

Lookout’s executive director Shayne Williams noted in Burnaby, the shelter has been open 15 days so far this season, with a total of 80 stays.

But he also pointed out the majority of homeless people in Burnaby are getting services in other communities, like New Westminster and Surrey.

And Williams is critical of the city’s stance on a permanent homeless shelter, adding not having a year-round shelter has been a challenge.

He argued the situation makes Burnaby citizens more vulnerable and less connected to the ongoing supports and family close by, because they’re forced to leave and access services somewhere else. He also added the situation is putting extra pressure on neighbouring communities.

“The need is certainly there, and the fact the municipality isn’t coming forward is deplorable, particularly this time of year,” Williams said. “To see so many people suffering on the street and having to go to other communities… if you’re a vulnerable citizen that becomes homeless in Burnaby, you have to leave your home community and that’s really sad.”

Lookout’s executive director also suggested the ability for homeless in Burnaby to get healthy and housed longterm is “seriously compromised” because there are no resources in their home community where their chances to navigate the system are much higher.

The debate over a homeless shelter in Burnaby is nothing new.

Mayor Derek Corrigan has repeatedly said he doesn’t want a permanent homeless shelter in the city, and when asked by the NOW again this week, he hadn’t changed his stance.

“That never works, and never worked before. When you provide an overnight shelter and throw them back out on the streets, you don’t do anything except continue a dysfunctional situation,” he said, adding the provincial government needs to address the issues that are keeping people on the streets.

“You need to have facilities that are going to give people the treatment that they require and transition them into some kind of permanent housing.”

He also took a swipe at the groups operating shelters in other communities, suggesting organizations like Lookout make a living off shelters, while the problem of homelessness isn’t getting better.

“They don’t end up doing anything to stop the homelessness; they seem to perpetuate it,” he said. “Until you start seriously addressing the fundamental issues of poverty, it’s not going to change the situation one iota.”

Last year, the province’s housing minister Rich Coleman told the NOW there’s money “on the table” for a homeless shelter in Burnaby, but the province needed a “willing partner.”

Corrigan said he would support any solution that allows people to transition out of homeless status into permanent housing and treatment.

When asked what role he sees the city having in such a facility, he explained the municipality would run the public process to make sure the community is minimally impacted, while potentially using money raised through amenity bonuses to reduce costs to the facility, or offering up land.

Corrigan said operating a facility is not within the city’s mandate and couldn’t be done without significantly changing the bureaucracy at city hall and costing taxpayers a lot of money.

The mayor does see a glimmer of hope in getting through to the province with the recently established Metro Vancouver regional homeless task force. The task force, which is made up of Metro Vancouver municipalities, including Burnaby, was set up in an attempt to identify solutions to address the growing number of tent cities and homelessness across the region.

Corrigan said he hopes all the cities coming together will make this an issue in the next provincial election.

With an election next spring, both Burnaby’s mayor and Williams argue homelessness needs to be an issue for voters next year.

In the meantime, the Society to End Homelessness in Burnaby continues to provide outreach to homeless in the city and could use some help by way of donations for items like clothing. Anyone wishing to donate can do so by dropping off items at the Southeast community policing office during office house at 7191 Arcola Way.