Candidate touts her community connections in contrast with NDP leader Jagmeet Singh ahead of byelection
Jan 8, 2019 12:02 PM By: Kelvin Gawley 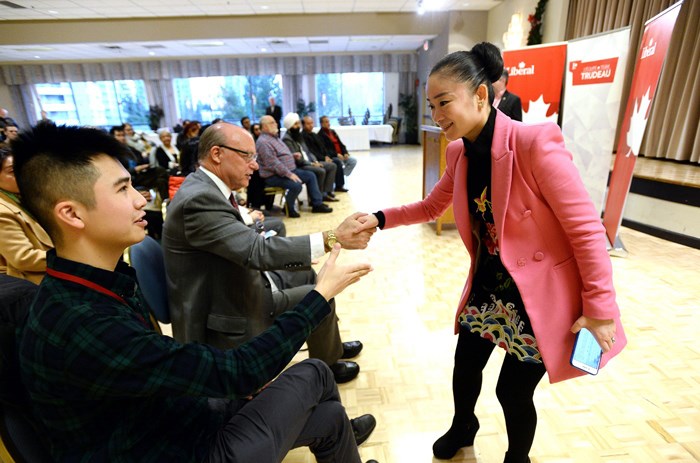 The businessowner says running four daycares (three in Burnaby, one in New Westminster) has given her a unique insight into the community she has called home for 20 years.

That’s a perspective Singh lacks, she said. The NDP leader has moved to the riding in anticipation of the byelection, expected this February. The former member of Ontario’s Provincial Parliament has come to B.C. in a bid to gain his first federal seat ahead of the general election in October.

Wang said she has lived in the riding ever since immigrating from China with her husband 20 years ago. Since then, she has organized a non-profit Chinese opera group that performs in seniors homes.

“I have been very dedicated and very committed to our community,” Wang said, adding Burnaby South needs “a local champion in Parliament who knows our city’s challenges and opportunities.”

This will be Wang’s second foray into politics. She ran unsuccessfully for the B.C. Liberals in the 2017 provincial election, losing to New Democrat Anne Kang.

Coming from a provincial party comprised of both federal Conservatives and Liberals, Wang said she has always been a Liberal when it comes to national issues. She said she shares the party’s core values, including diversity, liberty, multiculturalism and national unity.

In addition to facing a new federal leader eager to establish an elected presence nationally, Wang will be challenged by Conservative Jay Shin and Laura-Lynn Tyler Thompson, representing the People’s Party of Canada led by former Conservative Maxime Bernier. The Greens have opted not to run a candidate in the byelection.

The Liberal candidate in Burnaby South was just 547 votes away from winning in 2015, with the Conservatives not far behind – 3,653 ballots short of beating Stewart.

But Wang remains confident. While she she has been training with the party and reading up on its platform, she believes her local connections will ultimately make the difference.

“I have huge contacts in the community,” she said. “Those people have faith in me, so I go to work and I go to win.”