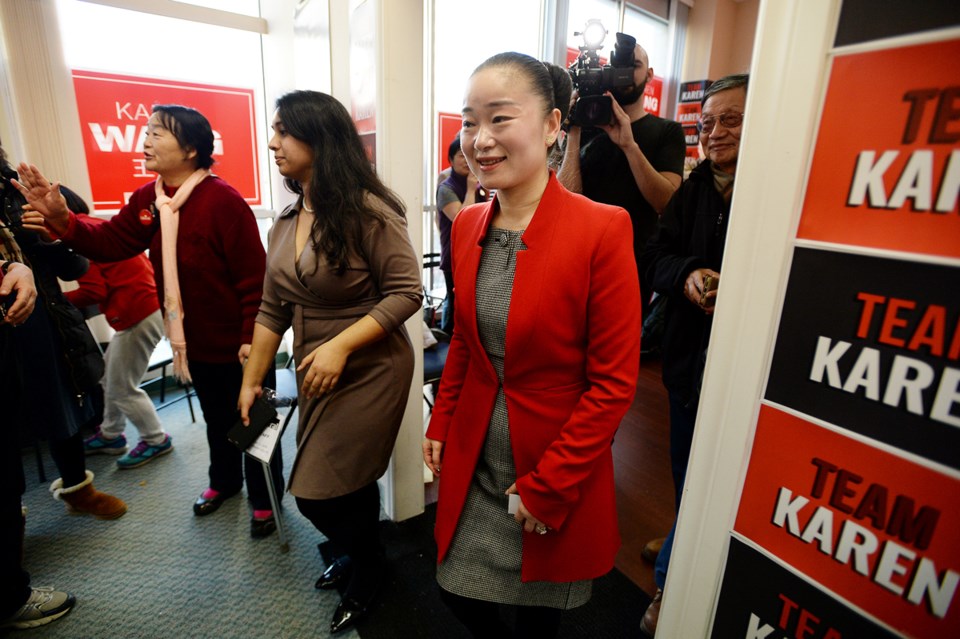 Liberal Karen Wang has dropped out of the Burnaby South byelection.Jennifer Gauthier

The daycare owner resigned after drawing criticism for making a social media post on a Chinese app in which she contrasted her ethnic background to Singh’s.

According to StarMetro Vancouver, Wang used WeChat on Saturday to urge voters to support her, “the only Chinese candidate” in the Feb. 25 byelection. She also identified Singh’s Indian heritage, according to the StarMetro translation.

In a statement released Wednesday, Wang said she had decided to drop out of the race “after consideration with my supporters.”

“My choice of words wasn't well-considered and didn't reflect my intent, and for that, I sincerely apologize to Mr. Singh,” Wang wrote. “I have deep respect for him as the leader of his party and for his public service - and I would never want to diminish that in any way.

The party has accepted Wang’s resignation, according to a statement from spokesperson Braeden Caley.

The statement continues: “The Liberal Party has a clear commitment to positive politics and support for Canadian diversity, and the same is always expected of our candidates.”

On the question of whether the Liberals would run a diiferent candidate in the byelection, Caley said: "With this resignation having been so recent, we'll have more to discuss on that in due course."