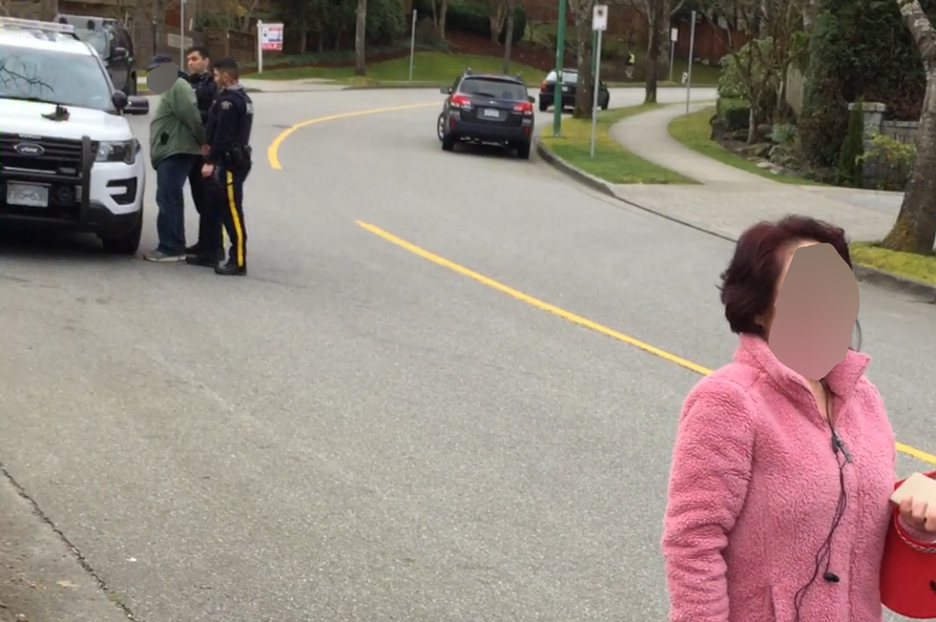 A man is arrested after a Burnaby woman was hit with a walking stick.Contributed

In mid-2020, the City of Burnaby made the trail around Deer Lake one way so walkers would travel in the same direction to reduce close contact amid COVID-19.

One Burnaby man has taken adhering to these directions to an extreme level after assaulting a woman he claims was walking incorrectly – leading to his arrest.

A man I’ll refer to as K.C. recapped the details of what happened recently.

“On the trail next to the radio-controlled hobby plane airfield near Royal Oak Ave, a man approached an Asian lady and attacked her with a retractable walking stick,” K.C. said. “I was 80 metres behind, and I yelled ‘Hey, stop!’ and ran toward them. The man was yelling at her for walking on the wrong direction and should follow the social distancing rule. I said to the man: ‘You’re not following the rule as you are the one who approached her!’”

After K.C. confronted the man and checked on the woman, he noticed that the man took off.
“His retractable stick was more of deterrence and defence than a walking aid,” K.C. said. “He did turn back to yell at me not to follow him. The second time he turned back, he was less than two feet from my face, with the stick over his shoulder, ready to make an attack. I told him, ‘You want violence, I’ll give you violence!’”

The woman who was assaulted had called 911 by this time and Burnaby RCMP caught up to the man, a white male in his 70s.
“Sad to see neighbours against neighbours,” said K.C. “Or worse, race against different race. What if it was a knife instead of a stick he carried? If you can, walk with a partner … Although a lot of direction signs have been vandalized, shattered in pieces, or disappeared in the park, try to follow the directions to prevent such conflicts.”
Follow Chris Campbell on Twitter @shinebox44.