McBarge owner Howard Meakin doesn’t want to give tours to the floating hulk of the former McDonald’s restaurant anchored in Burrard Inlet off the shores of Burnaby. “When you show it, people will want to get out here and get aboard it,” he said.
Mar 5, 2014 9:25 AM By: Frank Luba, The Province 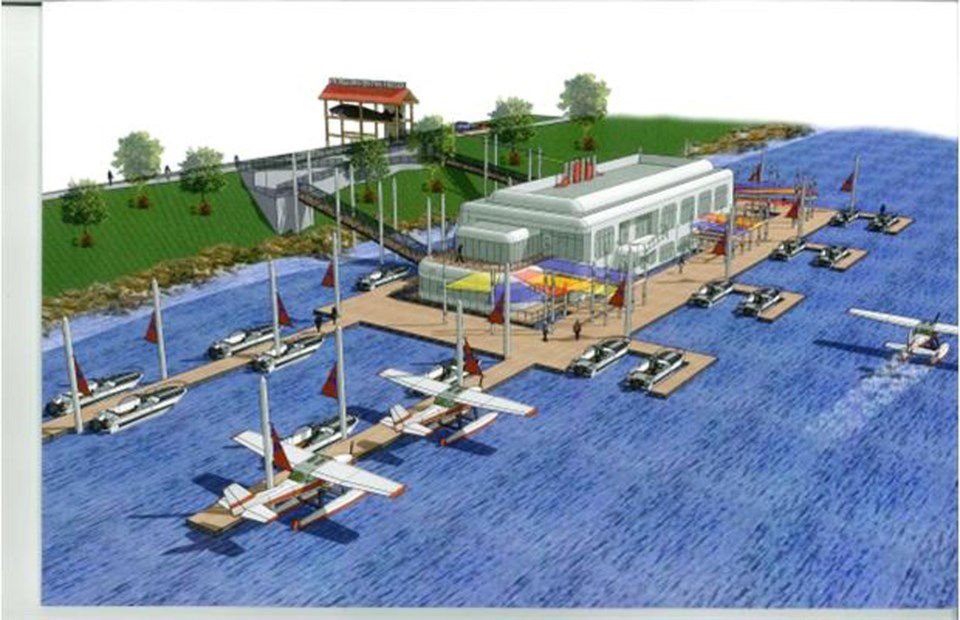 McBarge owner Howard Meakin doesn’t want to give tours to the floating hulk of the former McDonald’s restaurant anchored in Burrard Inlet off the shores of Burnaby.

“When you show it, people will want to get out here and get aboard it,” he said. “The more exposure it has, the more likely there’s going to be some incidents that might happen.”

But if everything goes as he hopes, Meakin will soon be welcoming as many people as he can accommodate on the so-called McBarge in the Fraser River in Mission.

The McBarge was moored in False Creek during Expos 86 but it was deemed unworthy of a permanent home there and wound up in Burrard Inlet, where it has suffered the ravages of weather and trespassers since 1991.

Meakin, who purchased the big white barge in 1999, believes he is close to getting approval to tie the vessel up in the Fraser River in Mission.

“We are in the final stages of obtaining it,” said Meakin said of an OK from the province for use of required water lot licenses in Mission at the foot of Horne Street.

“We’re working on this weekly with the district to make it happen,” said Meakin, 68. “I think we should have this thing approved by May of this year. That would be my best guesstimate.”

Previous estimates have been off the mark.

Early in 2012, Meakin hoped the project would be complete within 12 to 18 months.

Now. the District of Mission is more on board with Meakin’s plan, which would see the 57-metre long concrete-and-steel barge transformed into a restaurant and pub that would anchor redevelopment of the area — which is about four blocks from downtown Mission.

A new pier would be required at the site, which would provide more moorage and could even serve as a fishing and float-plane base.

“It would be the beginning of redevelopment of our waterfront,” said Mission Mayor Ted Adlem.

Greig Bethel, a public relations officer with the provincial Ministry of Forests, Lands and Natural Resource Operations [FLNRO], confirmed the application is being considered.

But it’s not all good news.

“The application is still under review and no decision has been made,” he said in an email. “There is no timeline for this decision.”

There is another complication.

“FLNRO is currently consulting with First Nations on the application,” said Bethel.

That consultation is with 19 different First Nations organizations.

Despite the visibly dingy state of the McBarge, which has been targeted by vandals on numerous occasions, he is convinced a refit is possible.

“It was built to last 99 years,” said Meakin, who pointed out the McBarge is clad in porcelain-dipped aluminum panels similar to the ones used on Canada Place.

“It will arrive in Mission in as-new condition,” said Meakin, who’s already spent about $1.5 million purchasing the vessel and maintaining it.There is 8,600 square feet on the main deck of the McBarge and another 6,800 square feet on the top deck — but no remnants of Big Macs, the Hamburglar or Mayor McCheese.

In fact, there’s not much to the McBarge.

“There’s no power,” said Meakin. “There’s no furniture. It’s cold. It’s damp. There’s little if any wood on the barge.

But all that is going to change.

“The sooner we get this thing approved, the better off everything is going to be,” said Meakin.

“It’s going to be a tremendous venue for the Fraser River and the Fraser Valley. It’s definitely a destination.”

All that could happen if, of course, the proposal floats.

1986 — Moored as a floating McDonald’s restaurant in False Creek during Expo 86 world’s fair, serving as many as 1,400 people at a time

1991 — Moved to Burrard Inlet and anchored off Burnaby

1999 — Purchased by developer Howard Meakin, who had previously been involved in Gastown redevelopment. He objected to a plan to demolish the barge. “It’s an icon,” said Meakin, comparing it to Science World, another temporary structure from Expo 86 that has won a permanent spot in Vancouver’s cityscape.

2008 — Meakin files for water lot license at foot of Horne Street in Mission to moor McBarge as part of redevelopment of district’s waterfront.

2009 — license approved but dispute over upland area that was to be used for parking. Mission council not fully in support.

2012 — Mission council votes unanimously to support McBarge move, pending approval from province for water lot licence. Opening predicted within a year to 18 months, but there were delays.

2014 — Consultation and review of application for water lot license, with Meakin expecting a decision by May.

“It’s the most complicated real estate deal I have done in my 45 years in development,” said Meakin.