An 18-year-old woman has died after sustaining a 'traumatic injury' Sunday. One man has been arrested and released
Dec 2, 2020 9:47 AM By: Cornelia Naylor 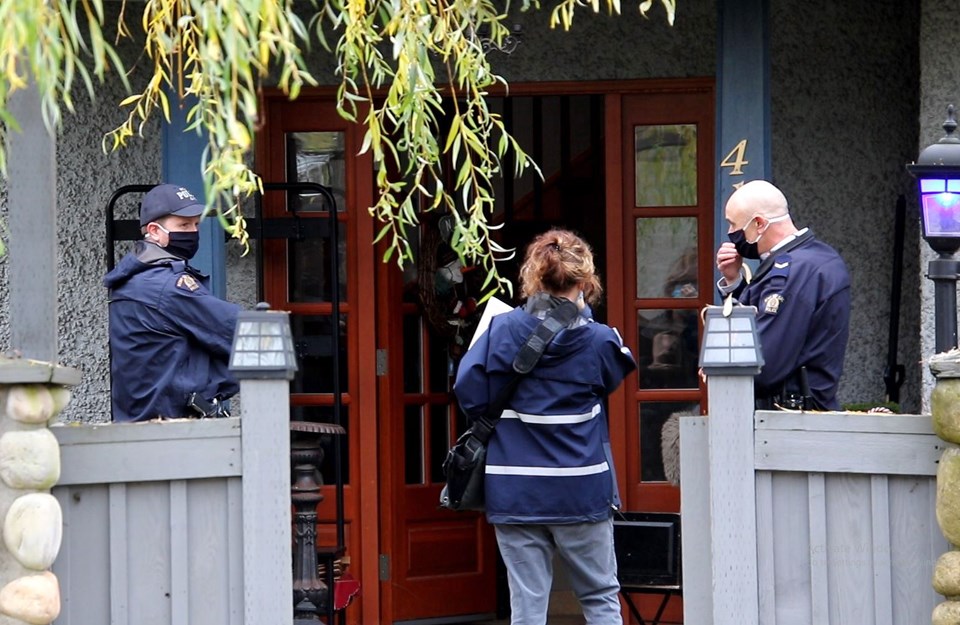 Police were on scene at a Burnaby home Sunday afternoon after a medical emergency call ended in a homicide investigation. Photo by RYAN STELTING

A medical call in Burnaby on the weekend has ended in a homicide investigation after the death of an 18-year-old woman.

Paramedics were called to a home in the 4100 block of Oxford Street at 12:34 p.m. on Sunday for a traumatic injury, according to BC Emergency Health Services.

They called in RCMP minutes later, a spokesperson said.

When officers arrived, they found an 18-year-old woman with life-threatening injuries, according to police.

She was taken to hospital but has since died, and the Integrated Homicide Investigation Team has now taken over the case.

One man was arrested but has since been released pending further investigation, according to IHIT.

No criminal charges have been laid, according to spokesperson Sgt. Frank Jang.

“This was an isolated incident involving individuals known to one another,” he said in a news release.

Anyone with information about this incident is asked to contact IHIT at 1-877-551-IHIT (4448) or ihitinfo@rcmp-grc.gc.ca.