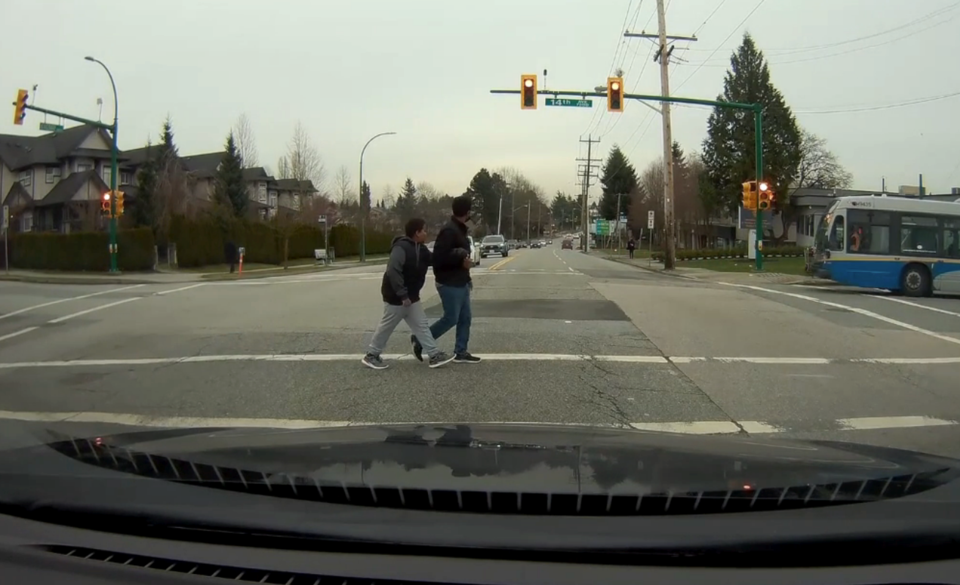 Pedestrians watch a red minivan speed into the distance.u/latkahgravis

A pair of pedestrians are lucky they weren't in a bigger rush.

A dashcam video shared on Reddit shows a red minivan blowing through a red light as two pedestrians make their way across 14th Avenue at Kingsway. The light had been red for a full seven seconds before the minivan appears in the video. The two, who appear to be a father and son, watch in apparent disbelief and confusion as the minivan races away.

The person who shot and shared the video, u/latkahgravis, says the incident occurred yesterday afternoon (Saturday, Jan 16). Following the advice of fellow redditors, they've reported the video to the Burnaby RCMP.

"I had no idea but this guy was running away from a traffic stop which you can actually see in the full video clip from my dashcam," writes u/latkahgravis, after reporting the video to the RCMP.

The heart-stopping moment only lasts a couple seconds in the video.