*Since this story first appeared, a U.S. punk rock band has now claimed that one of its members was the driver. Read our story here .
Oct 16, 2019 6:21 AM By: Chris Campbell 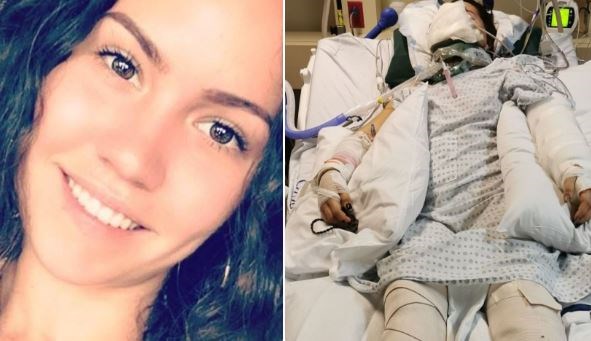 A GoFundMe page has been started that has already raise money to help Burnaby resident Desiree Evancio. Screenshot

*Since this story first appeared, a U.S. punk rock band has now claimed that one of its members was the driver. Read our story here.

Friends and family are rallying around a 24-year-old Burnaby woman left with life-threatening injuries after being struck by a car and dragged underneath the vehicle for several blocks.

A GoFundMe page has been started that has already raised $15,000 out of a goal of $1 million to help Desiree Evancio, who has already undergone multiple surgeries and is set to have facial reconstruction surgery on Wednesday.

“Bone and tissue needs to be cut and taken from her leg and formed in replace of her cheek bone,” reads the fundraising page. “Her jaw, currently broken in three places will have a plate inserted to realign it. The list will go on.”

Police believe alcohol was a factor in the crash, which happened at about 12:30 a.m. in Vancouver’s Downtown Eastside.

Vancouver Police Department Sgt. Steve Addison said the woman was walking near East Hastings and Jackson Street when she was hit. He said the driver was not aware of the collision and drove several blocks to East Hastings and Columbia Street before realizing what had happened.

The driver, a man in his 30s, was taken into custody and released pending further investigation. He is believed to be a U.S. citizen and the fundraising page worries about there being limits on his insurance to cover future health-care costs.

“We are going to investigate and find out what his insurance if any covers but the likelyhood is poor that we will receive enough endurance money to cover the many years of rehabilitation Desiree will need. On top of that, any reconstructive work she may want or need down the road including a prosthetic eye she may want. All of this is far away from now. But we have started something for her and I am forever grateful. She will be in the hospital for another 6 months to a year. This depends on how every single surgery goes and how she heals. Everything will take time.”