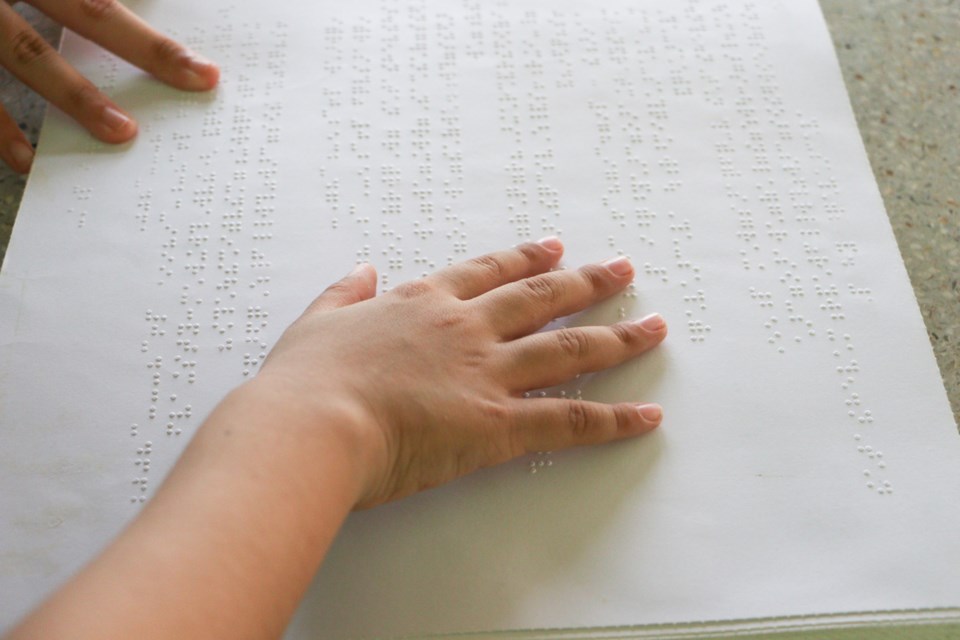 All three local campaigns failed to provide information about their candidate in braille, CNIB says.iStock

The Liberal and NDP campaigns in the Burnaby South byelection both failed to provide campaign literature accessible for people with vision loss, according to the Canadian National Institute for the Blind.

Shoko Kitano, CNIB’s program lead for advocacy and peer supports in B.C., requested accessible campaign literature from the campaigns of NDP Leader Jagmeet Singh, Liberal Richard Lee and Conservative Jay Shin. The People’s Party and the two independents in the race were not asked, she said.

She asked for information in large print and braille, as well as digital text files compatible with screen reading and magnification software.

Shin’s campaign was the only one with a satisfactory response, she said.

“The Conservative Party representative person was very receptive and very willing to work with me,” Kitano said.

Kitano said the Conservatives were able to provide the requested digital files and campaign literature in large print but not in braille.

“Our campaign was happy to provide plain-text files that the CNIB could use with their machine readers to allow visually-impaired people to listen to Jay Shin's biography and our literature,” Shin’s campaign manager, Sacha Peter, wrote in an email.

“Once I learned CNIB was able to use the files we supplied, I did not examine braille options.  I would never rule out any options to communicate with Burnaby South residents.”

But a phone call to Lee’s campaign and an in-person visit to Singh’s campaign office were less fruitful. Kitano said neither party provided the materials “after several requests.”

Kitano, who has vision loss and uses a white cane, said it’s important for campaigns to make their information accessible to all voters.

“Richard Lee is also very committed to the immense hard work that must continue to break down barriers that prevent accessibility for people with a disability,” Lalli said. “We regret that the right information was not provided in a timely manner in this case.”

Singh’s campaign manager, Amber Keane, said her team has since apologized to Kitano and provided the requested digital files.

“We were at fault here,” Keane wrote in an email. “While we made attempts to secure the proper files, we failed to provide accessible versions of our leaflets in a timely manner.”

Keane said her team has spoken about the issue and agreed they need to do a better job of providing accessible information.

“We must also do better overall, by making sure we are doing everything we can to accommodate all Canadians in being full participants in the election process,” she said.