Provincial officials celebrated the creation of 39 new childcare spaces atop Burnaby Mountain this week, but childcare providers there say that number will barely put a dent in their waitlists.
Jan 31, 2020 4:47 PM By: Cornelia Naylor 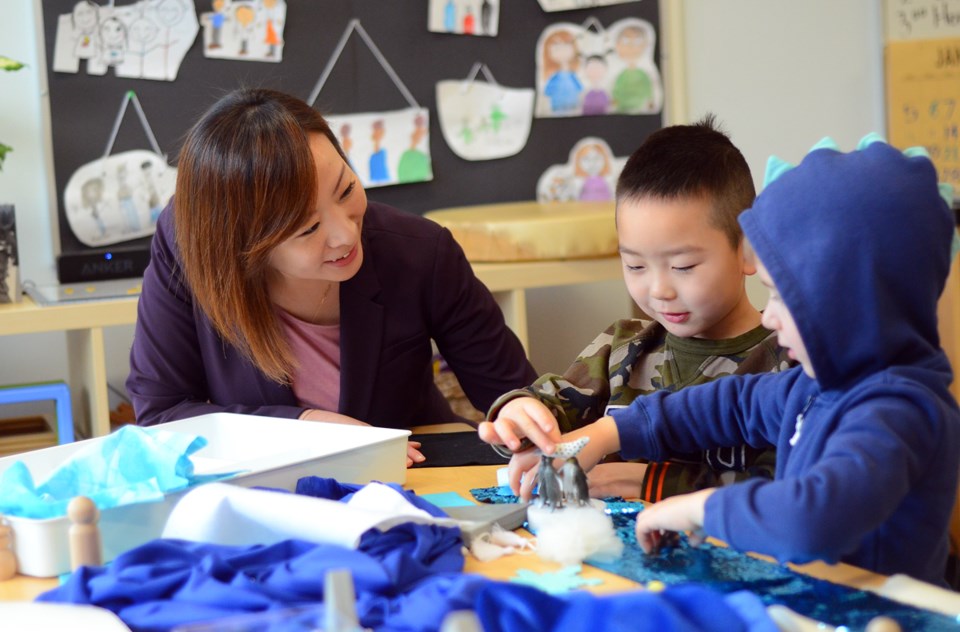 Provincial officials celebrated the creation of 39 new childcare spaces atop Burnaby Mountain this week, but childcare providers there say that number will barely put a dent in their waitlists.

Katrina Chen, Minister of State for Childcare and MLA for Burnaby-Lougheed, was at University Highlands Elementary Thursday to celebrate the completion of a $6-million two-storey expansion at the school.

The expansion has added enough room for eight new classrooms for 195 more students.

It also allowed for the creation of 77 before- and after-school-care spaces at the school.

Moving its before- and after-school-care to University Highlands, however, will allow the SFU Childcare Society to create 25 new spaces for three-to-five-year-olds at 8888 University Dr.

The big news from Chen Thursday was that the province through its Childcare BC New Spaces Fund will also fund the creation of 12 new infant and toddler spaces at 8888 University Dr.

“This is only the beginning,” Chen said. “We have a lot of work to do to address the years of the childcare crisis and to make sure we better support public education. It’s long overdue, but it’s the beginning.”

SFU Childcare Society program director Jacqueline Ewonus said the society will have “no problem” filling up all of the new spaces.

“We could open a few more and we’d be fine,” she said with a laugh.

SFU director of planning Scott Penny told the NOW the university had recently commissioned a high-level plan looking at SFU’s needs for the next 20 years; it concluded the area would need a total of as many as 450 spaces.

Penny said there needed to be a “step-change” in terms of adding spaces and that “drip-feeding” 12 spaces into the system at a time does little to address long waitlists.