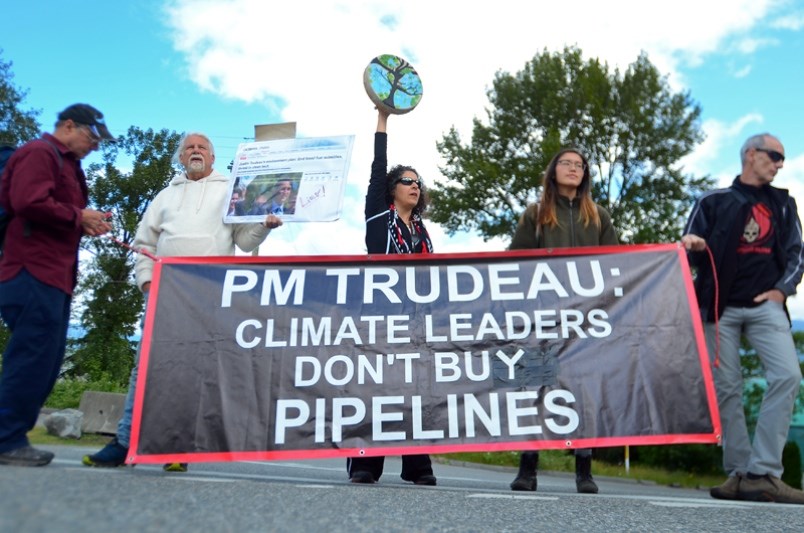 A New Westminster woman was among the environmentalists charged with criminal contempt of court for blocking access to the tank farm on Burnaby Mountain last March. The city is taking action to tackle the climate crisis.

On behalf of environmental groups Living Oceans Society and Raincoast Conservation Foundation, Ecojustice filed a motion Monday asking the Federal Court of Appeal for leave to launch a judicial review of the latest green light given to the project in June.

The new challenge mirrors a previous and successful case that saw the same court strike down the federal government’s initial approval of the pipeline expansion in August, 2018.

The National Energy Board has since conducted an expanded study of the project’s impacts on the marine habitat, which led to the Trudeau government’s second approval earlier this year.

Now Ecojustice appears ready to take up the fight once more.

“The reality is that the government can put Canada on the path to a safe climate future and fulfill its legal responsibility to protect endangered killer whales, or it can push this pipeline through. It cannot do both,” she said.

Vanessa Adams, spokesperson for Natural Resources Minister Amarjeet Sohi, said the government is aware of the new challenge but unable to comment on “matters being considered by the court.”

“We remain confident that we have taken the necessary steps to get this right by following the guidance set by the Federal Court of Appeal,” she said.