12 per cent gap among decided and leaning voters doesn't mean Singh has byelection in the bag
Jan 15, 2019 3:49 PM By: Burnaby Now 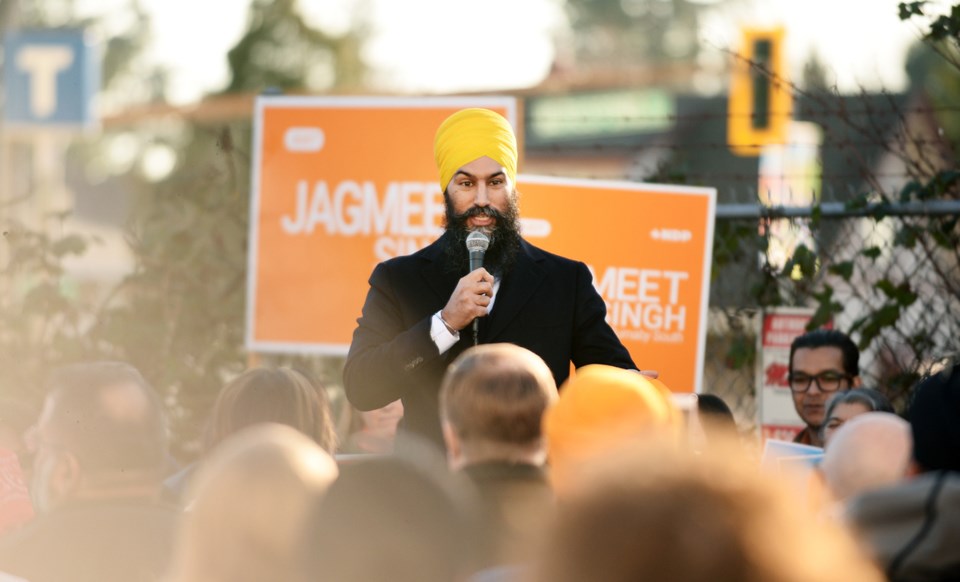 A new poll shows NDP leader Jagmeet Singh with a healthy lead leading up to the Feb. 25 byelection in Burnaby South.

According to a survey by Mainstreet Research conducted Jan. 8 and 9, Singh leads among decided and leaning voters with 38.8 per cent support, followed by Liberal Karen Wang (26.3 per cent), Conservative Jay Shin (22 per cent) and Laura-Lynn Tyler Thompson of the People’s Party (8.7 per cent).

The polling firm says its poll surveyed 740 people in the riding and has a margin of error of +/- 3.6 per cent and is accurate 19 times out of 20. Mainstreet used automated telephone calls to landlines and cell phones to ask voters in English, Cantonese and Mandarin about their voting intentions.

The firm says it conducted the poll on its own, without third-party sponsorship.

While the latest figures seem to bode well for Singh, who is attempting to win his first seat in the House of Commons, they by no means guarantee him a win, according to Mainstreet’s president and CEO Quito Maggi.

“Our previous polling in Burnaby South – which used party leaders’ names – had a lower undecided rate than this most recent survey,” he said in a statement. “We also find that it is Liberal candidate Karen Wang – not Jagmeet Singh – that leads the leaning vote.”

Quito said “this indicates that there is a strong amount of voter volatility at this juncture in the election.”