The world has changed since Joy Johnson was appointed last year.
Sep 3, 2020 12:43 PM By: Cornelia Naylor 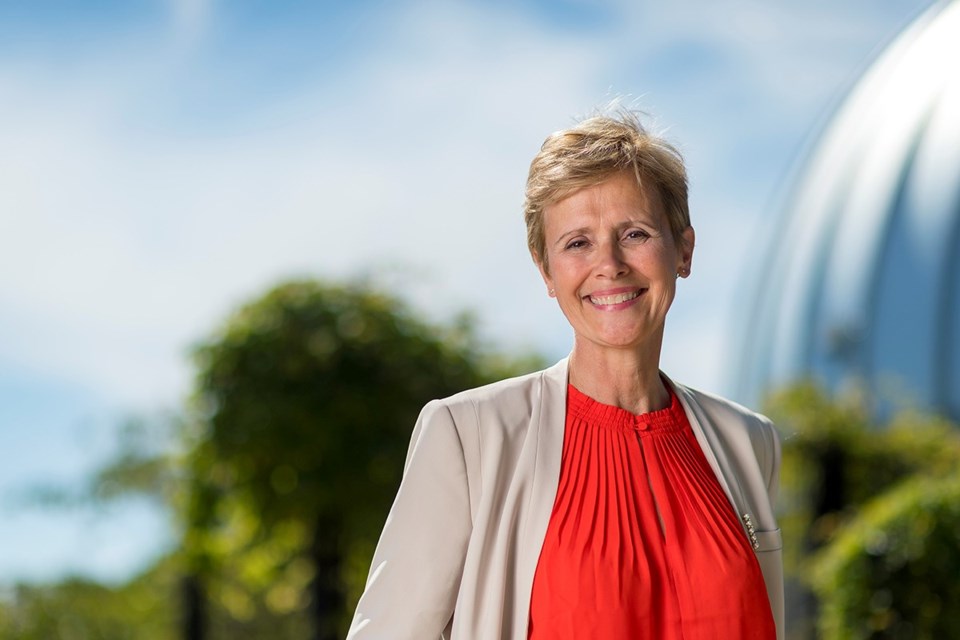 To say things have changed since Joy Johnson was picked to be the 10th president of Simon Fraser University last year would be a massive understatement.

In January, when her appointment was announced, the novel coronavirus outbreak in Wuhan, China had barely been identified.

This week, as Johnson takes over the reins from outgoing president Andrew Petter, the university is gearing up to start a new year in the middle of a full-blown global pandemic.

“There are moments when I think, ‘Wow, this is not as much fun as I thought it might be,’” she said with a laugh. “It’s hard because you want to be able to be out there spending time with your team and your students during welcomes, having events. I mean, that’s the fun stuff, right? So, we can’t do any of that, so we have to think about other ways of engaging those students and supporting our faculty and staff. It’s challenging, but I also feel up for the challenge and feel really inspired by the university.”

It’s hard to believe the SFU board of governor’s presidential search committee didn’t have a crystal ball when they appointed Johnson.

As a former nurse and public health researcher with more than a decade of experience in administration, she seems uniquely qualified to steer a large academic institution through a pandemic.

Since talking to the NOW about her goals as president in January, she said everything has had to be recast into the context of the global pandemic.

“I would say, a clear goal for me will be to continue to steady the ship, make sure we’re using our resources, make sure we’re providing excellent online education to our students and make sure we’re supporting our faculty, staff and students. Nothing else can be done if we don’t do that, right?” she said.

As president, she said she will play a key role in approving decisions that will set the course for the university during the pandemic, but she will also spend time liaising with other universities and government, including the Ministry of Advanced Education and the chief medical health officer.

“We really do need to be aligned in the sector, so those kinds of communications are also very important,” Johnson said.

Johnson said she is still mostly working from home, and that home will soon be on top of Burnaby Mountain at the president’s residence.

“I look forward to living in Burnaby,” she said. “I think it’s important to be part of that community.”

While big in-person meetings are off the table because of the pandemic, Johnson said she has already met with the presidents of both the graduate and undergraduate student bodies.

“They’re concerned about quality education, as we all are, and are seeking assurances that the online education will be as good quality as face-to-face, and, certainly, it will be different, but we’ve learned a lot over the summer, and I’m really confident that we’ve got excellent faculty who are working hard to pivot to take their courses and put them online.”

Students also raised the issue of affordability and employment opportunities that shrank or disappeared during the pandemic.

“SFU has done a lot already and we will be doing more to provide bursaries and work opportunities for our students so that they can continue to study,” Johnson said.

Johnson came to SFU just nearly six years ago after serving as the scientific director for the Institute of Gender and Health at the Canadian Institutes of Health Research (CIHR) since January of 2008.

She said witnessing the “ignorance and cruelty” that can arise from a lack of sound evidence is what drove her into research and then administration.

Her most recent post at SFU was as vice-president, research and international.

When asked what the pandemic has revealed about women in leadership, Johnson said she is a “real believer in authentic, empathetic leadership.”

(She will be SFU’s second female president. Pauline Jewett – the first woman president of any co-ed university in Canada – served in the role from 1974 to 1978.)

“I look to Bonnie Henry, and her leadership style,” she said. “I look to a number of women leaders internationally, and I think there are some themes that run through that, and this is about honesty; it’s about action; it’s about authentically demonstrating your compassion for the people that you’re working with, and that’s certainly my style, so I have to say I feel my approach is a good approach for the time, so I’m feeling confident about that.”