New Westminster police board stands by its proposed 2021 budget

NWPD is committed to police reforms – but not budget cuts until services are in place to fill the void created by those cuts.
Jan 20, 2021 9:28 AM By: Theresa McManus 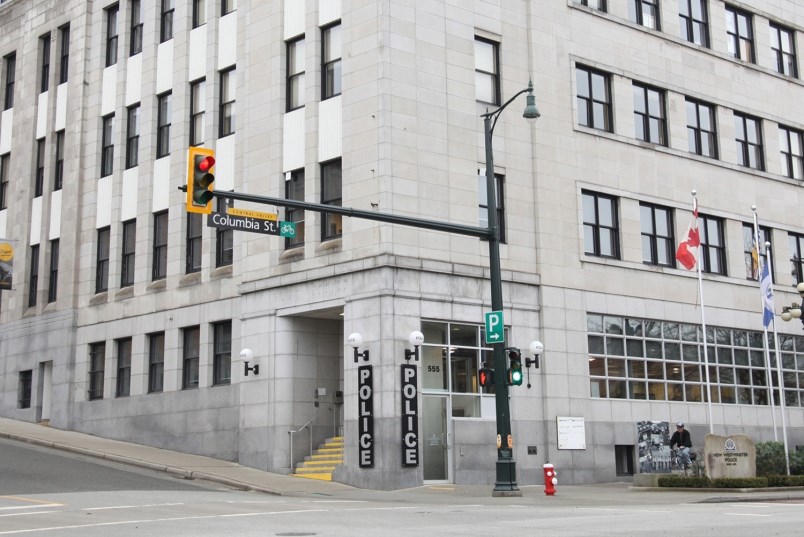 The New Westminster Police Board has "respectfully declined" city council's request that it bring forward a 0% increase to its 2021 budget.

Thanks, but no thanks.

The police board, which oversees the police department, presented the city with its provisional budget in December. However, in response to calls for justice and police reform, council voted four to three in favour of sending the police budget back to the board and asking it to submit a budget with a 0% increase for 2021.

Chief Const. Dave Jansen said the NWPD supports police reform through alternative-response models or the use of non-police agencies to deal with matters that have been downloaded onto NWPD staff. He noted the police board has passed a series of motions related to reform on issues such as crisis health management, outreach to vulnerable populations and victim support.

“And, although all these areas may someday be appropriate for an alternative response model, there are currently no resources to address these areas now,” he told the police board. “To immediately remove these services from the community without having these appropriate supports in place would either be contrary to current legislation or would leave a portion of our community underserved.”

A report to the police board said the NWPD’s 2021 proposed budget includes contractual increases, including contract raises for civilian employees and police officers. Once these increases were offset by some third-party revenues, such as grants from government, the department was left with a net increase of $596,900 or a 2.25% increase over its 2020 operating budget.

In addition, the proposed budget also includes $90,000 for a temporary staff person to work on the diversity, equity, inclusion and anti-racism framework and $44,000 for the purchase of personal protective equipment for the COVID-19 pandemic and naloxone as a result of the poisoned drug supply crisis.

“The $600,000 shortfall would require not filling about five frontline police positions and would put staffing levels below that or around that that we have not seen since 2004,” he said.

Jansen said it would be “both unsafe and hasty” to withhold funding from the NWPD at this time because alternate response models  aren’t in place; if they are in place, he said no plans or agreements are in place for other organizations to take on the work that’s currently being done by police.

“We need to work on upstream solutions, to advocate for all levels of government to address the issues before they fall into crisis. ... Where we may differ is how to get there,” he said. “Until we can get those much-needed resources and a plan to utilize them as a department, we will still be called. We will still need to have sufficient staff to attend, and we will still need suitable training and equipment to do our jobs. I would ask that we fund the police department appropriately and work collaboratively on addressing the longer-term solutions.”

According to Jansen, the BC Police Act includes a dispute mechanism that must be followed if council is not in agreement with the police board’s budget.

“Section 27 of the Police Act sets out a dispute mechanism in which the (province’s) director of police services has the duty and the authority to formally decide whether the budget should include an item or amount in the board’s provisional budget,” he said. “Section 27 further states that a municipal council must include the costs from the police board’s provisional budget in its city budget while that dispute process is ongoing.”

Jansen said the police department feels data shows it’s had a pattern of fiscal responsibility and restraint over an extended timeframe.

“We believe that it aids the board in your decision-making by highlighting that NWPD already operates as a very lean organization and there are limited margins to reduce staffing levels without seeing a reduction in our ability to provide public safety services to the community,” he said.

Using documents from the Province of British Columbia’s police services branch, NWPD management compared the local department to other mid- and large-sized municipal police departments (Abbotsford, Port Moody, Victoria, Delta, Saanich, Vancouver and West Vancouver) from 2001 to 2018. They determined New Westminster has seen the lowest per-capita increase in police budgets among all those departments.

Karim Hachlaf, a member of the police board, said he supports the board’s ongoing work related to police reform, but only when it is done in a fiscally responsible manner and in a way that doesn’t compromise public safety.

“Until that plan is presented, I won’t be able to support a further reduction until we have been able to successfully bridge that gap,” he said.

Mayor Jonathan Cote, who is also chair of the police board, believes it’s important that the police board stress to council that it wants to work collaboratively on work related to the role of policing in community and systemic racism in policing.  He said the motion adopted by the board in mid-2020 is really good starting point to guide discussions about modernizing and reforming policing in the community, but the board also has to be open to potential additional ideas that may come from the community and city council.

“I think we have seen that over the decades a lot of new asks have been put on police departments, and more and more police have been involved in crisis health-care management,” he said. “I think a really good argument can be made that we should be having a good conversation about transitioning some of this work to another crisis health care model and move towards that.”

Cote believes plans must be in place for those services before resources are cut from the police department.

“It is important before we jump to removing resources that we have that plan in place about how those services, how those resources can be reallocated,” he said. “At this time, that doesn’t exist.”

Cote said the police board also has an important role as the employer at the police department.

“We need to recognize that we are ultimately talking about people and our employees,” he said. “I don’t think, as an employer, that our employees should become political footballs in these difficult discussions. Ultimately, I believe if police reform is going to be successful I think we also need to ensure that we are engaging our membership and having them participate in this process.”

Cote said the police budget that’s been put forward is largely a status-quo budget, with enhancements for PPE and the diversity, equity, inclusion and anti-racism framework.

“I think it is critically important that we stand by those enhancements that have been put forward,” he said. “I am looking forward to re-engaging with city council on this work, and obviously we will see how city council does respond. Regardless, I think we as a board have to be committed to the (reform) motion that we passed and use that as our guiding point to really continue to push forward with this difficult and important work.”