A male who broke into a woman’s bedroom and sexually assaulted her when he was 16 - and then racked up 130 reported incidents at the Burnaby Youth Custody Services Centre for “immature posturing… physical violence… intimidation… sexualized behaviour…
Sep 23, 2019 11:55 AM By: Cornelia Naylor 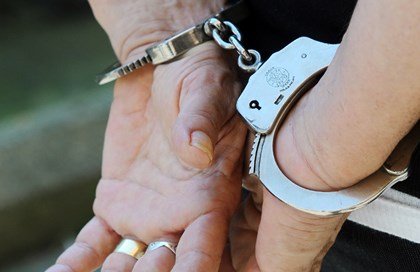 But he has not been designated a dangerous offender.

On Sept. 14, 2016, Skylar Wayne Pelletier, who is now 19, broke into a second-storey bedroom in Vancouver in the middle of the night and sexually assaulted a 48-year-old woman who said she had woken up when she felt the “presence of a heavy atmosphere” in the room.

Pelletier later said he had broken in to the house the night before the assault and knew about the occupants and general layout of the residence.

He had been under 24/7 supervision at a nearby residence at the time for previous sexual offences, but snuck out in the dead of night.

Pelletier was convicted in August 2017 of the break-in and sexual assault.

He was sentenced as an adult earlier this month, with B.C. Provincial Court Judge Gregory Rideout imposing two four-year concurrent sentences for the offences to be served in a federal prison “that will provide sex offender treatment specific to his needs, including sex offender treatment with an Indigenous focus,” according to Rideout.

With two-year’s credit for time served, that leaves two years on Pelletier’s sentence.

Crown prosecutors also called for a long-term supervision order and for Pelletier to be designated a dangerous offender.

Rideout agreed a 10-year long-term supervision was needed for “the protection of the public and the accused’s ultimate rehabilitation and reintegration into society.”

But he stopped short of labeling him a dangerous offender, a designation reserved for Canada's most violent criminals and sexual predators.

Crown attorneys can seek the designation during sentencing and must show that there is a high risk that the criminal will commit violent or sexual offences in the future.

The designation carries an automatic sentence of imprisonment for an indeterminate period, with no chance of parole for seven years.

Rideout said the experts were “all alive to the accused’s risk of sexually reoffending in the future. Yet, with those risk considerations in mind, they all contemplated the accused’s eventual reintegration into society under close supervision.”

“I am not satisfied that the Crown has proven beyond a reasonable doubt that it is more likely than not that the accused will cause injury, pain or other evil to other persons through his failure in the future to control his sexual impulses,” Rideout said.