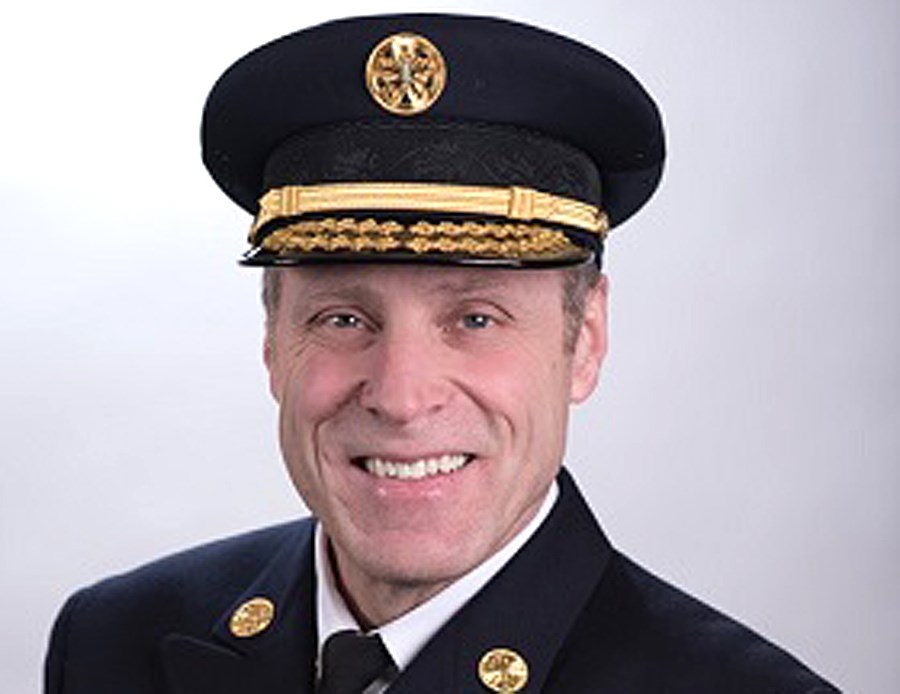 A Burnaby fire chief hired at the height of an acrimonious contract dispute between the city and local firefighters has left the department after more than three decades of service – with no explanation from city officials.

Former fire Chief Joe Robertson has been on leave since April 2019, but he officially “left the city” in late March, according to public safety director Dave Critchley.

The NOW has been unable to contact Robertson, and neither Critchley nor city manager Lambert Chu would say whether he had resigned or the city had terminated him.

“I can only reiterate that Joe has been with the City many years … and we wish him all the best,” Critchley wrote in an email.

Robertson started with the Burnaby Fire Department in 1988, after serving eight years with the RCMP.

He was named chief in March 2016, during a contract dispute between the city and local firefighters that had been boiling for years.

The acrimony between the firefighters and the all-Burnaby Citizens Association mayor and council under former mayor Derek Corrigan boiled over on a number of occasions, including at a council meeting in September 2015, when about 60 firefighters dressed in yellow T-shirts emblazoned with "We support those who support us" filled the gallery.

The bitter dispute was eventually settled by an arbitrator about five months after Robertson became chief.

The union, long supporters of the Burnaby Citizens Association, had stopped providing financial support to the party at the end of 2014 over the contract fight.

And, during the 2018 municipal election, the union threw its support behind former Burnaby firefighter Mike Hurley for mayor.

Six months after Hurley was elected, Robertson was off on leave, and the fire department has been led ever since by three deputy chiefs, Darcey O’Riordan, Dave Samson and Chris Bowcock, taking turns as acting chiefs.

Hurley, who was hired by the fire department at around the same time Robertson was, said he got a memo a few weeks ago about Robertson’s departure and doesn’t know whether the chief resigned or was fired.

“Whatever happened, the decision was made not to share anything, and I’ve been around enough labour relations to know sometimes there’s reasons for that,” said Hurley.

Leadership was a major concern identified in a recent comprehensive report of the fire department.

Compared to five other fire departments used for benchmarking in the study, Burnaby had the lowest administration staff totals (3.1% of total staff compared to 4.8% in Richmond, which had the highest totals), and the report warned understaffing has led to stress on command staff and “decreasing leadership effectiveness.”

The report also cautioned understaffing could be discouraging the next generation of leaders from stepping up.

“Department members have observed the stress and extraordinary burden on the leadership group and are not motivated to move up,” stated the report. “Overall, the situation is harming department morale.”

Hurley wouldn’t comment on how Robertson or other fire chiefs had fared during Corrigan’s reign, saying only that his own approach is to treat staff in all city departments fairly and equally and that future leaders should not hesitate to step up.

When asked if he was concerned that the fire department had been without a chief for more than a year, Hurley said it’s not uncommon for deputies to fill the void when a chief can’t come to work – even for as long as a year.

Summarizing feedback from interviews and workshops, however, the fire department report lists “effective leadership” under “risks and challenges.”

“The absence of the fire chief is hurting the department,” states the report.

What the city is doing to address those concerns is unclear.

When asked to describe the process the city goes through to hire a chief, Critchley sent a once-sentence emailed response.

“As it relates to the new chief, we will be undertaking the process (yet to be finalized) in the coming weeks,” he wrote.