A North Vancouver woman who drove drunk to her court hearing on drunk driving charges has been handed a three-year driving ban and a $2,000 fine.
Dec 3, 2019 2:57 PM By: Jane Seyd 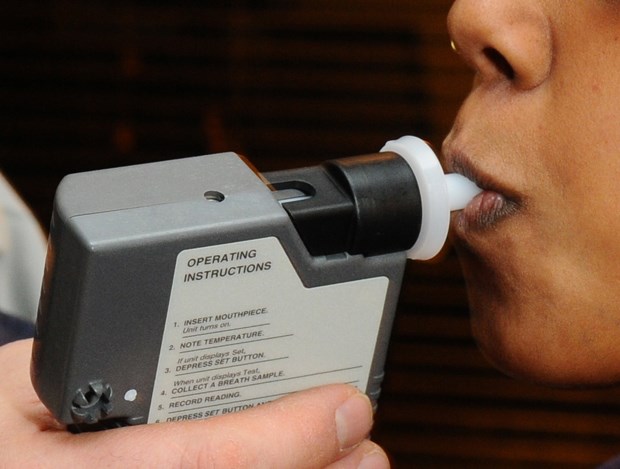 A North Vancouver woman who drove drunk to her court hearing on drunk driving charges has been handed a three-year driving ban and a $2,000 fine.

Deborah Gail Reynolds, 57, was handed the sentence by Judge Bryce Dyer after Reynolds pleaded guilty Nov. 14 to having a blood alcohol level over .08 within two hours of driving.

The incident happened on March 29 this year when Reynolds was supposed to attend North Vancouver provincial court to plead guilty to previous charges of impaired driving and driving with a blood alcohol level over .08 in North Vancouver on July 31, 2017.

But when Reynolds showed up in court, the judge decided Reynolds was too drunk to go ahead with the hearing, said Crown prosecutor Brent Anderson.

The prosecutor that day agreed, he said, warning Reynolds, “Do not drive
. . . because you’re clearly intoxicated.”

Despite those warnings, Reynolds left the courthouse and got into her vehicle, said Anderson, where she was confronted by a second Crown counsel at her driver’s side window “who also told her not to drive.”

Ignoring the warnings, Reynolds drove away from the courthouse, prompting prosecutors to call the North Vancouver RCMP.

Police went to her home in the Ravenwoods complex, approximately 10 kilometres from the courthouse, and were there when Reynolds drove up.

Officers pulled her over and gave her a roadside breath test which she failed, said Anderson.

After being taken back to the RCMP detachment, Reynolds blew two breath samples, including one which registered a blood alcohol level of .24 – three times the legal limit.

Anderson said Reynolds didn’t have a valid driver’s licence or insurance at the time.

Police handed her tickets for both infractions as well as a 24-hour driving ban and a 90-day administrative suspension for impaired driving.

Anderson noted Reynolds narrowly escaped a mandatory jail sentence for the March incident at the court house, while noting a $2,000 fine is mandatory minimum in a case with higher blood alcohol readings.

In court, Reynolds – a former flight attendant – told the judge she was injured in turbulence 16 years ago and developed chronic pain in her back and neck.

“I’ve been self-medicating to help deal with this pain,” she told the judge. “I apologize to the court for my bad decisions.”

Reynolds added she’s been forced to take early retirement and has not been drinking since the March incident.

Court documents indicate Reynolds was previously handed administrative driving bans and was charged with driving over .08 in North Vancouver in February 2013 but pleaded guilty to a lesser charge of driving without due care and attention and was fined $1,150 in March 2014.