Operation Red Nose volunteers took their message to the streets, reminding drivers at roadblocks the importance of getting a safe ride home.
Dec 10, 2014 1:56 PM By: Cayley Dobie 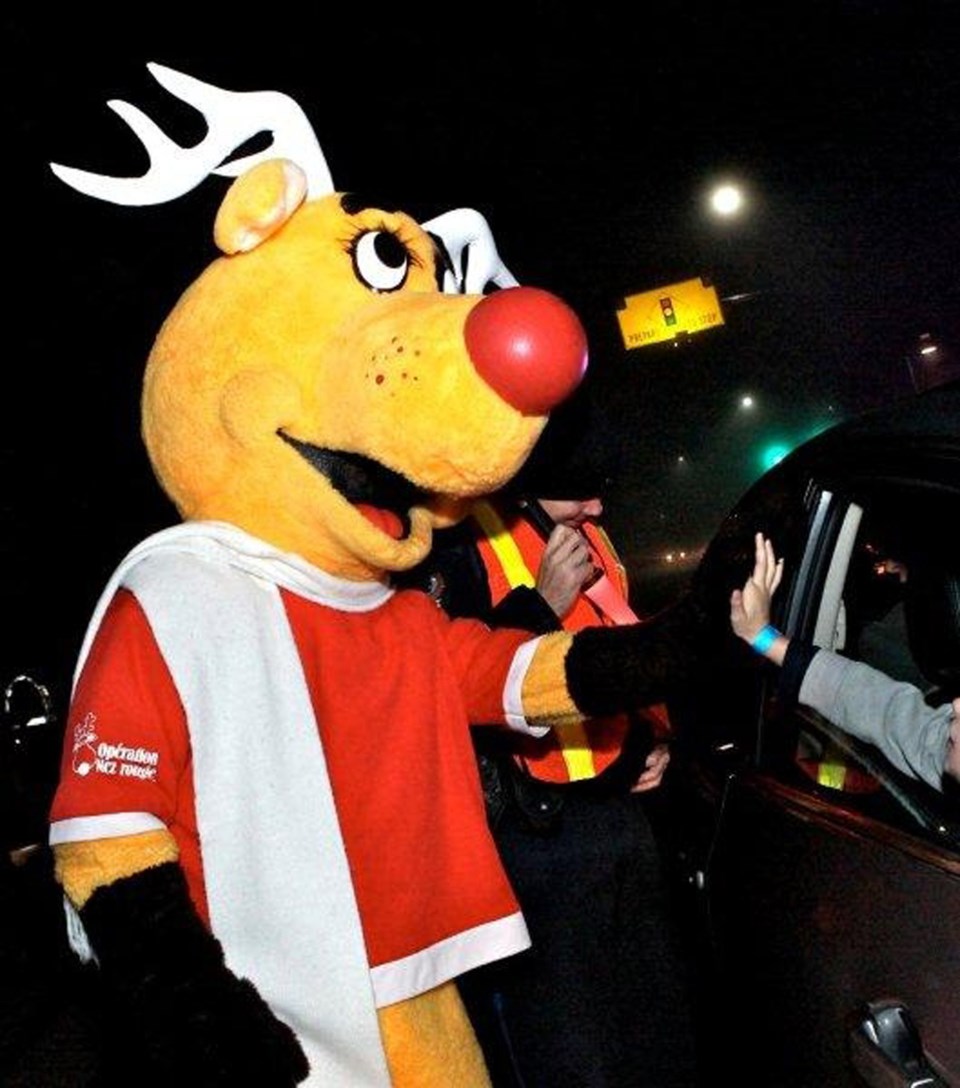 Operation Red Nose mascot Rudy posed for photos with motorists in New Westminster Saturday night. Volunteers with the safe ride home program were out on the streets during a counterattack campaign with police.Contributed/THE RECORD

Operation Red Nose volunteers took their message to the streets, reminding drivers at roadblocks the importance of getting a safe ride home.

The response from drivers was positive and many posed for pictures with Operation Red Nose mascot Rudy, according to a press release from organizers.

This is the third year the safe ride program, which kicked off its season Nov. 28, has operated in Burnaby.

The program runs every weekend until Christmas Day and on New Year's Eve between 9 p.m. and 3 a.m. Drivers who've had too much to drink or anyone looking for a safe ride home can call 778-866-6673 and three volunteers will come pick them up and drive them home in their own car.

While there has been a slight increase in number of volunteers, organizers say they're always looking for more people to pitch in.

But even with a similar volunteer turnout compared to last year, Operation Red Nose provided about 10 more rides last weekend than the same time a year earlier. In total, volunteers gave 185 rides to people in New Westminster, Burnaby and the Tri-Cities last weekend, up from 166 in 2013.

Anyone interested in volunteering can find more information at operationrednosetricities.com. (Volunteers are required to complete a criminal record check).

While the rides are technically free, donations are accepted and encouraged as all proceeds go to local KidSport chapters.