Opinion: The Premier needs to stop punching down and take responsibility for his own complacency

Instead of scolding all youth for the irresponsible actions of select few, Premier John Horgan should be listening to younger voices as the government navigates COVID-19 and its lasting impacts on B.C.’s environment, society, and economy
Apr 11, 2021 11:31 AM By: Nahira Gerster-Sim 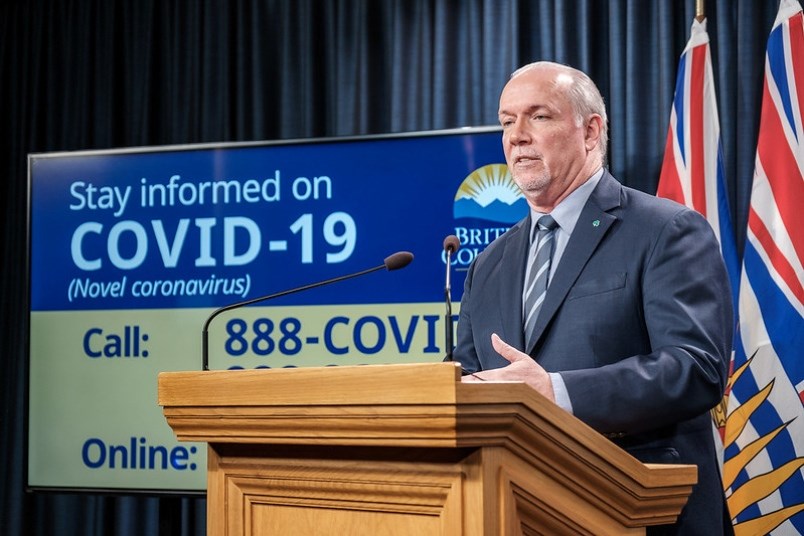 The Premier is not holding himself accountable for B.C.’s current surge in COVID-19 cases, and has rather shifted the blame to youth.

Last Tuesday, Premier Horgan stood in front of a press conference and told youth “do not blow this for the rest of us.”

His comment was in response to an unprecedented spike in the number of COVID-19 cases in B.C., as well as a video released showing a group of young people partying in Whistler without masks.

Recent reports are indicating that 20- to 39-year-olds are transmitting the virus to one another more frequently, presumably compelling Horgan to call them out and shame them into behaving properly.

As a 17-year-old high school student doing my absolute best to act according to health guidelines in my graduation year, I find this comment offensive. Our premier is punching down, dismissing thousands of youth who are leaving the house to help their families and communities, endangering their health and safety to do front-line, essential work.

Frankly, Horgan is creating numerous challenges for the province and its people through his lack of initiative to address the climate crisis, his disregard of Indigenous land rights, and his failure to put health over the economy.

John Horgan’s clumsy statement was directed at young people like me. And this isn’t the first time his words and decisions have negatively affected us. Horgan’s government gives $1 billion a year in subsidies to oil and gas companies so they can continue to destroy the planet, leaving people my age racked with anxiety and fear over what the future holds.

He also is a strong supporter of fracking in Northern B.C. and selling its toxic product to be burned here at home and overseas, further destroying the climate.

And just recently, his government once again signed off on the disastrous Site C project, even after learning there were significant foundational issues that have now ballooned the dam’s budget to at least $16 billion taxpayer dollars. Who does he suppose will be paying off that debt?

Young people are just as worried about our safety and the health of our families amidst the pandemic as everyone else — nonetheless, the province sends us off to school every day without guidelines making masks mandatory.

And it’s not like we’re sitting at home while the rest of the world risks their lives around us. High school and college students are prominent figures in grocery stores, delivery services, as well as the retail and food industry. With British Columbia’s unemployment rate reaching close to 7 per cent, many of us have had to step forward and juggle school and work in order to provide for our families.

It’s also important to note that while Horgan may believe that young people are “putting the rest of us in a challenging position,” the provincial government has not done such an applause-deserving job handling COVID-19, or numerous other critical issues for that matter.

We’ve rarely seen the premier in press conferences over the last few months, and both he and Provincial Health Officer, Dr. Bonnie Henry, have received plenty of criticism regarding testing, releasing data and their failure to lock the province down before this predicted third wave spirals out of hand.

The premier also proved to be excellent at putting us all at risk when he called a surprise election in October. Horgan wasn’t thinking about the safety of the population as he pleaded with them to venture out to voting booths and put his party in power. No, it was purely a political grab, knowing he could gain a majority and secure his authority for at least another four years.

The NDP have made their position painfully clear: they value economic prosperity above all else, even if it means ignoring 41 per cent of British Columbians aged 18 to 34 who indicated climate change as a top issue of concern. They have also chosen to indulge corporate greed rather than live up to their own commitment to the UN Declaration of Indigenous Rights, standing by as Indigenous land defenders are subjected to harassment and assault by the RCMP, violent arrests and forcible removal from their unceded territory so that rich companies can build pipelines.

Rather than putting youth down, I believe our voices are needed more than ever right now. It’s time we talked about a “just recovery,” ensuring that as we build the province back together, we prioritize the needs of vulnerable and marginalized groups.

In the 2020 B.C. election, youth voter turnout was abysmal. For Horgan it may not matter, given that young people already have little faith in the current government to address their heightened concern regarding global warming and other intersectional environmental issues. He forgets though, that youth are essential components of a prosperous economy as well. To truly ensure long-term success, it’s imperative that new voters are supported and encouraged to cast their ballot.

It’s time B.C. became the first province to lower the voting age, allowing 16- and 17-year-olds to be a part of democracy. Horgan needs to stop maligning youth and let go of his fear of losing his majority. If he really wants the best for local communities, bringing in younger perspectives into politics is a fool-proof solution. 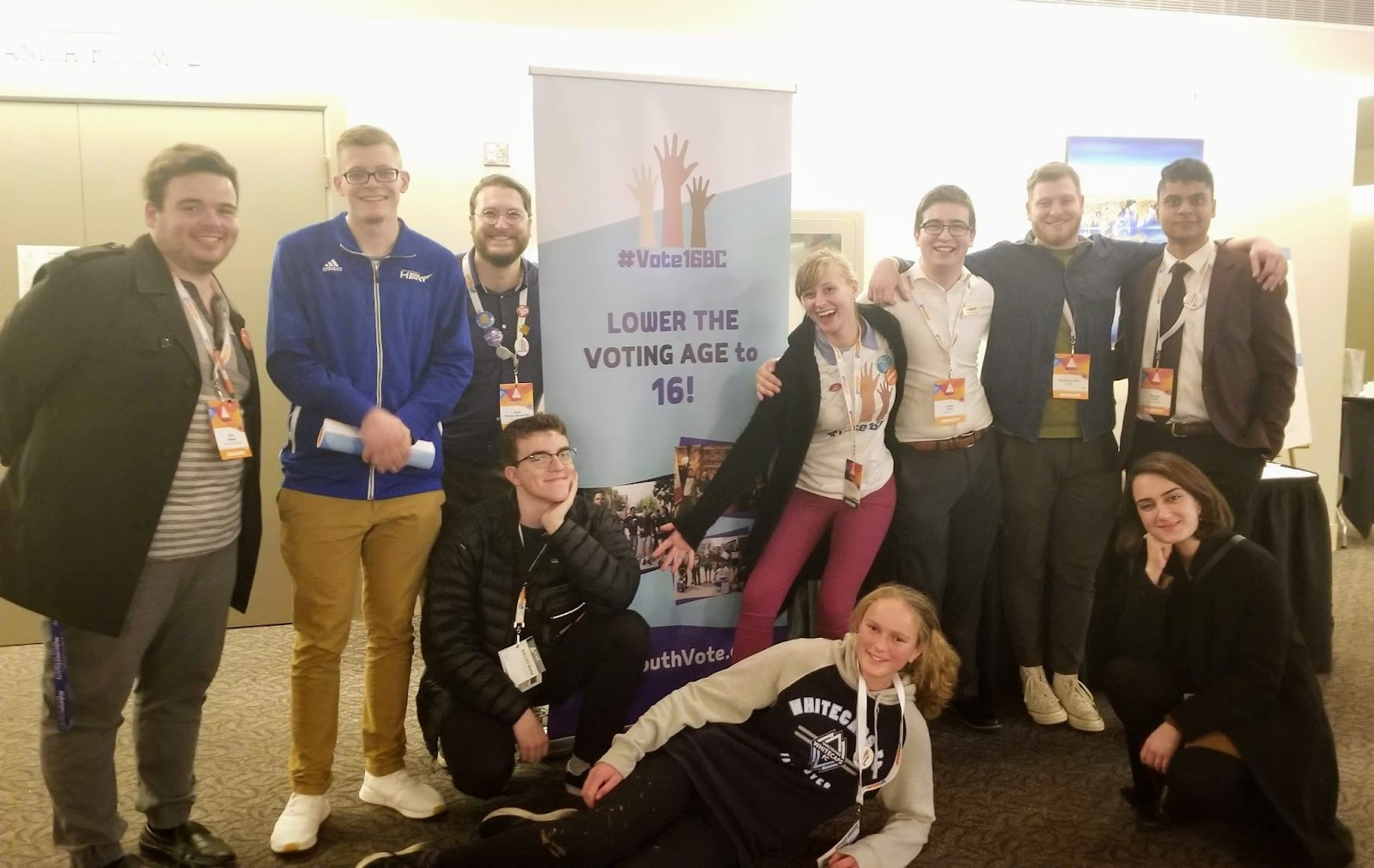 It’s interesting that Horgan has rarely stood in front of the camera to berate all the older white males and anti-maskers who refuse to follow protocol, but as soon as it comes to the age group that tends not to support his party, he brings the hammer down quicker than lightning.

Teenagers, early college students, and young adults are going to be around for decades to come, cleaning up the mess of COVID-19, and working to achieve net-zero emissions and social equality. There should be an emphasis on incorporating more youth voices in decisions that will affect our lives and the lives of future generations to come. While Premier Horgan’s Twitter apology is appreciated, actions speak louder than words. Our sacrifices and hard work can be better acknowledged by giving youth a say in our future.

He may be tempted to scapegoat us for the current crisis of rising cases, but it’s much more to his benefit to include the opinions of the leaders of tomorrow.

— Nahira Gerster-Sim is a 17-year-old high school student in Vancouver. She is part of a youth-led campaign called Vote16BC, which advocates for the inclusion of teenagers into government and policymaking.