Politics? There's an app for that 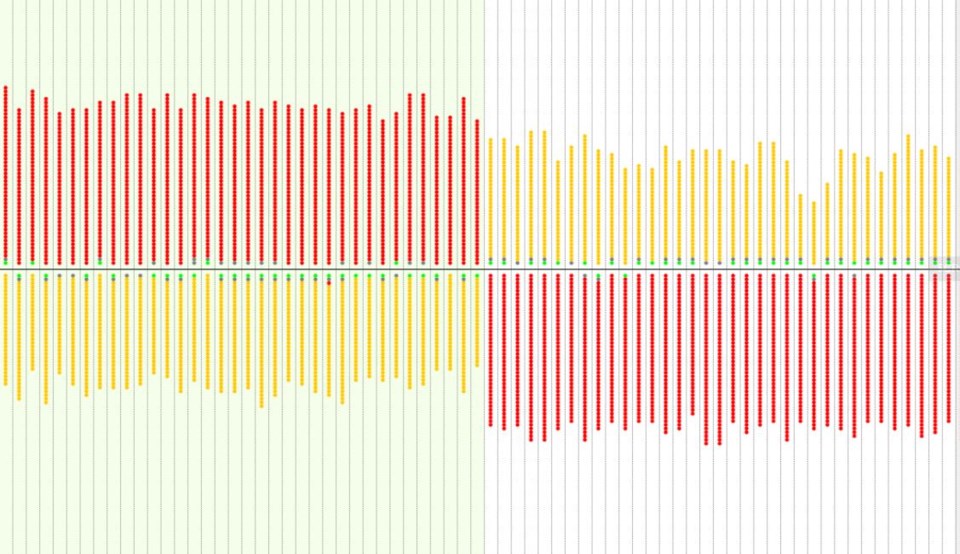 Polarized politics: Do MLAs in B.C. vote along party lines? This graph suggests they do. Check out the new app at imagine-x.ca to find out what it all means.Screenshot, Imagine X

Two web developers from Burnaby have helped create the first-ever web app that shows the voting records of B.C. MLAs.

Taylor Singleton-Fookes and Yutaka Takahashi are part of Imagine X, a grassroots political movement in B.C. that advocates for a government that is more “collaborative than adversarial; citizen-centric rather than interest-focused.” Its members are not affiliated with any of the parties and are a group of “passionate citizens,” according to Imagine X’s website.

The new interactive app tracks and visualizes data aggregated from 109 standing votes in the first to fifth sessions of the 40th provincial parliament from 2013 to 2016.

Outside of two isolated incidents, records show the B.C. Liberal and the B.C. NDP caucuses are “whipped,” meaning the majority of their votes seem strongly influenced by party discipline.

“One hundred per cent of the bills the Liberals presented passed, and 100 per cent of anything tabled by anyone else didn’t,” said Singleton-Fookes, adding the last time a government bill was defeated was in 1953. “That shows that there’s so much control of what actually gets done by a small group of these Liberal party insiders, and I think that’s worrying and there should be more collaboration and communication and actual engagement from our MLAs, not just doing what the party says.”

Singleton-Fookes pointed to Sean Holman’s documentary, Whipped: the secret world of party discipline, which shows MLAs can face severe internal and external consequences for voting against their stripes.

The web developer said the policies put forward by the government are “really short term” and they tend to target a specific interest or address an issue that polls well. He gave the example of the 15 per cent foreign buyers’ real estate tax, introduced by the B.C. Liberals earlier this year.

“That isn’t going to solve the structural problem in the Lower Mainland, but it gives it the appearance of addressing the issue and it will probably sway a lot of people to vote for the Liberals,” said the 28-year-old.

Singleton-Fookes noted Imagine X is working on getting more “high-profile” independents like Vicki Huntington elected next spring when British Columbians go to the polls. Huntington has served two terms as an independent MLA for Delta South and was the first independent elected to the B.C. legislature in over 60 years.

Singleton-Fookes couldn’t divulge any names but did say more information will be forthcoming.

“I think it is possible, or I’d like to think so, that more independents could get elected and strong, independent candidates could kind of change the narrative,” he said. “We feel if there were more people in the legislature actually engaging in the policy and contributing rather than just voting on the party lines, we would get better outcomes as society.”