It’s hard to understand how keeping a youth in hospital for a few days after an overdose is harmful.
Dec 22, 2020 4:38 PM By: Cindy Harnett - Times Colonist 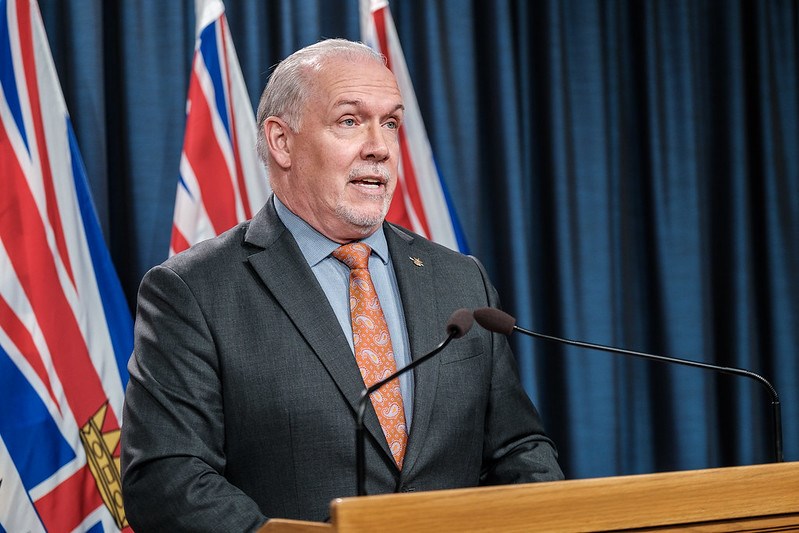 It’s hard to understand how keeping a youth in hospital for a few days after an overdose is harmful, B.C. ­Premier John Horgan said in a year-end ­interview, expressing hope proposed legislation on the matter will return in the new year.

“I think that I have difficulty as a parent,” said Horgan, “understanding how it could lead to further deaths if we keep someone who is admitted to a hospital because of an overdose, to observe them for a few more days to potentially provide them with treatment and therapies and get them into a place where they could potentially recover — how that was an egregious affront to civil liberties.”

On Monday the B.C. Coroners Service announced 153 suspected overdose deaths in the province in November, down from 164 last month, equaling about 5.1 deaths a day. There have been 1,548 illicit-drug toxicity deaths so far in 2020 in B.C.

“Tragically, as we reach the end of 2020, our province is facing a record-breaking year for lives lost due to a toxic illicit-drug supply,” said B.C. chief coroner Lisa Lapointe.

The opioid crisis, declared a public health emergency on April 14, 2016, worsened this year amid the pandemic. “In the five years of this public health emergency, more than 6,500 families have experienced the grief and sadness of losing a loved one to the challenging medical condition of drug addiction,” said Lapointe.

There were 153 overdose deaths in November versus 81 in the same month last year.

When the premier called the Oct. 24 election, he said a tipping point was the unwillingness of the B.C. Greens, who propped up the NDP minority government, to support a proposed amendment to the Mental Health Act to allow doctors to keep youth age 19 and younger in hospital up to seven days for stabilization following an overdose.

The bill introduced by then mental health and addiction minister Judy Darcy was “paused” and is now in the hands of new the minister, Nanaimo NDP MLA Sheila Malcolmson.

“Hopefully, we’ll get to a place where we can have more unanimous support for this,” said Horgan. “I believe it was the right way to go.”

Horgan said he heard from many parents and was moved by their stories of having lost a child. “There’s calls to do something, make progress, ‘make the loss of my child mean something,’ ” said Horgan.

The proposed amendment to the Mental Health Act would have allowed time for doctors, initially 48 hours which could be extended by five days, to stabilize the youth while involving a parent or guardian as well as doctors, and putting in place a harm-reduction or treatment plan, said advocates of the bill.

While the death rate from illicit drug toxicity deaths is 33 per 100,000 in the province, higher in Fraser and Vancouver Coastal health authorities, that rate has continued a downward trend in Island Health since the spring to a little less than half the provincial rate.

There were 11 drug overdose deaths in November on Vancouver Island, two of which were in Victoria. That’s down from 27 in the Island Health authority in October, including 13 in Victoria. Death rates in 2020 are highest in the south Island, followed by central and north.

The majority of deaths are in the 30 to 59 age group and rates among those age 18 years and younger remain low, said the B.C. Coroners Serivce in its monthly statistical update.