The United Food and Commercial Workers union is fighting for certain protections for frontline grocery workers, including those in Burnaby.
Mar 20, 2020 3:53 PM By: Janaya Fuller Evans 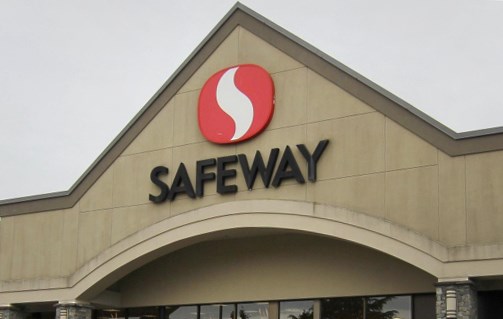 Stores such as Safeway are working to protect shoppers and employees against COVID-19 with a number of different measures.

The United Food and Commercial Workers union is fighting for certain protections for frontline grocery workers, including those in Burnaby.

For the most part, employers are doing what they can during the COVID-19 crisis, according to Kim Novak, Local 1518 president.
“First and foremost is health and safety, so they have the right protocols in place,” she said. “It’s an evolving situation.”

Novak wrote a letter to B.C. Labour Minister Harry Bains, asking that all grocery and pharmacy employees be eligible for presumptive Workers’ Compensation if they’re ill from COVID-19, without having to prove they got it on the job.

She also asked the minister to limit the number of customers allowed in stores to keep in line with social distancing recommendations, and to provide masks, sanitizer and paper towels to employees on duty first, before putting them out for sale. And she asked that Employment Insurance be extended for employees, and reduced barriers for those applying for EI.

The final request was for discussions about emergency childcare needs, including paid family leave.

The union had a win today, as workers at Save-On-Foods and PriceSmart Foods are now getting a $2 per hour increase to their wages, retroactive to March 8, according to a post on Local 1518’s website.

But it isn’t just stores that can help during the COVID-19 crisis; shoppers can make things easier for employees as well, Novak said.

The employees are proud of the work they do and want to do the best job they can, she said.

They also want the public to know – there’s no need to hoard, Novak said.

“And to limit the number of people you take shopping,” she added.

She noted the B.C. Federation of Labour is pushing for paid and protected sick leave.

“I’m happy to say that a lot of the employers are protecting jobs in the event that people have to go off,” Novak said. “We’re working with them to have additional paid protection above and beyond EI, and we want to see that spread across all retailers, both union and non-union.”

Grocery stores in the city have implemented changes to help staff and shoppers stay safe during the pandemic.

Save-On-Foods has temporarily banned reusable bags and is also not taking back returned beverage containers at this time, to help fight the spread of COVID-19, according to the Save-On-Foods website.

Superstore is reducing its hours to give staff time to stock shelves and clean, according to a statement from president Galen Weston.

They are also discontinuing their plastic bag fee for the time being and are discouraging people from bringing their own bags unless they do their own bagging.

Superstore is also providing more pre-packaged food and limiting the number of people in the stores during busy periods, according to Weston.

Safeway is introducing plexiglass cashier shields at its stores, implementing strigent cleaning practices, and is taking a number of other steps, including markers at its checkouts to help people practice social distancing, according to a statement from president and CEO Michael Medline.

The information in this story was up to date as of Friday, March 20 at 3 p.m. Updates will be provided as things change.