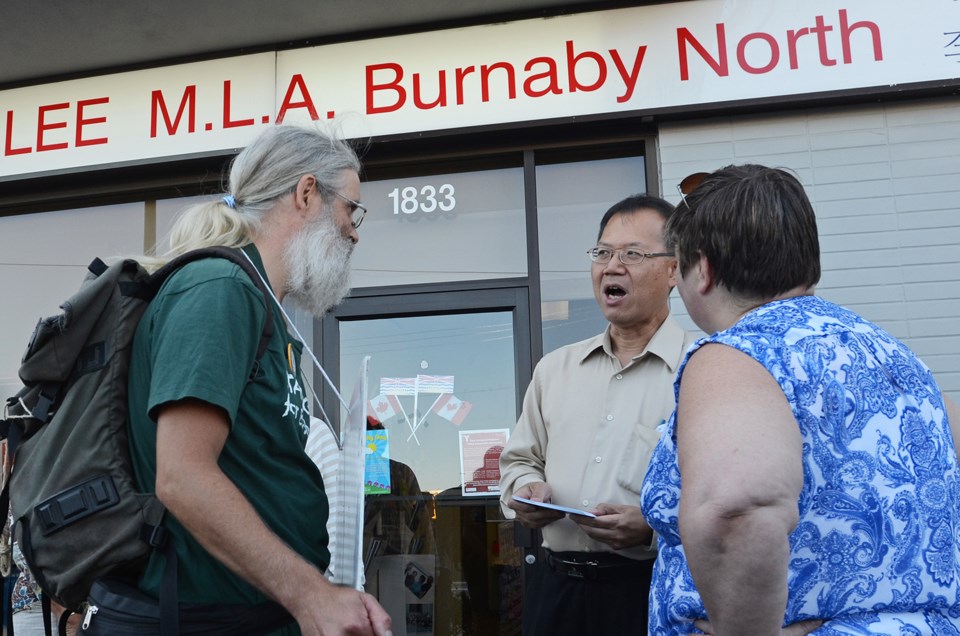 Richard Lee supporters spent nearly $12,000 to defend him from a recall campaign attempting to remove him as MLA in Burnaby North.

The money was part of a $26,060 contribution from the B.C. Liberals, via the local constituency association, according to expense reports from Elections B.C. released Wednesday.

“We made a decision we needed to support Richard, and I feel we did a very good job,” said Garth Evans, a former city councillor and now president of the Liberals’ Burnaby North riding association.

The money covered expenses for a committee of Lee’s supporters to run a parallel campaign defending him. The committee defending Lee only spent $11,774, mostly on office rent and “professional services,” which included hiring a campaign manager. The remaining funds went back to the constituency association, Evans said.

The recall campaign spent far less ­– $1,859 – mostly on promotional materials. The recallers received $1,845 in donations, just $14 less than what they spent. Most of their money ($945) came from individual donors, but $900 was an in-kind contribution for pre-campaign printing services from the Vancouver Elementary School Teachers Association, according to Letourneau.

“We had slightly less deep pockets,” said Loren Letourneau, the official proponent for the recall petition. “For us, the financials goes to show it really was a grassroots movement on our part. We were doing it by walking door to door, by showing up, employing volunteers rather than employees. There were no professional canvassers on our side. It was people upset with the status quo. ..  It was a really diverse group.”

The recall campaign fell short of the 16,494 signatures required (over a 60-day period) to trigger a by-election. Lee is Burnaby’s only Liberal politician; all other posts are held by New Democrats. The recall side did not disclose how many signatures they actually collected.

UPDATE: Don Main of Elections B.C. said his office received all of the copies of the recall petition after the deadline, and his office won't be verifying or counting any of the signatures, so there's no information available on the total number of signatures.

"They didn't submit the petition, so it automatically fails. That's all we report and record," he said.