Simply having an electronic device mounted on a dashboard within a driver’s sight does not – in itself – constitute “use,” according to a court ruling on a Burnaby case this week. The case dates back to April 6, 2018.
Dec 10, 2019 3:13 PM By: Cornelia Naylor 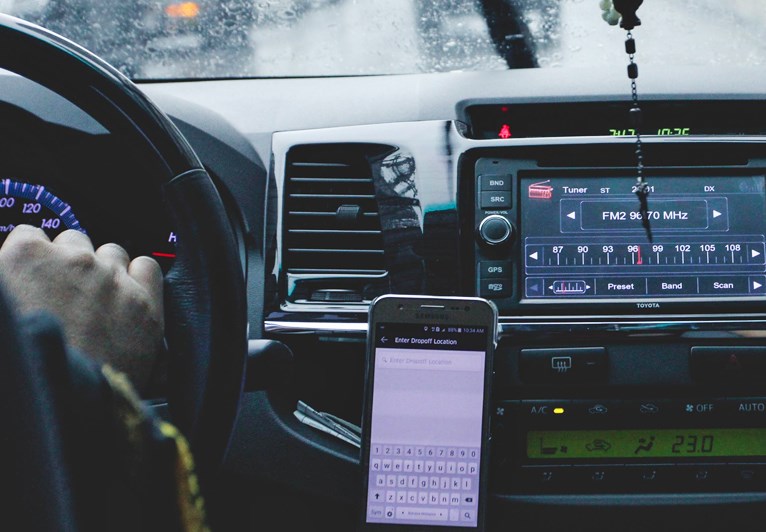 Simply having an electronic device mounted on a dashboard within a driver’s sight does not – in itself – constitute “use,” according to a court ruling on a Burnaby case this week.

That afternoon, Hunter John Sangret was pulled over by an officer conducting distracted driving enforcement, according to a ruling by B.C. Supreme Court Justice Jeanne Watchuk.

The officer had noticed Sangret was driving alone and had an electronic device mounted to the dashboard of his vehicle.

Because he had an “N” licence at the time, Sangret was prohibited from using an electronic device while driving.

The officer gave him a ticket despite never having seen him holding, touching or otherwise making use of the device, according to Watchuck’s ruling.

The screen had remained dark throughout their interaction, the ruling said.

Sangret disputed the ticket in court, but a judicial justice found him guilty on the grounds that driving with a device in plain sight constituted use of that device for the purposes of the Motor Vehicle Act.

Sangret appealed the ruling, arguing it was unreasonable because there was no evidence he had used the device in any way.

At a B.C. Supreme Court hearing, the Crown prosecutor Kristen H. Gagnon agreed, saying Sangret should be acquitted because his conviction was not supported by the evidence.

Gagnon and Sangret’s lawyer, Paige Gardiner, then asked Watchuck to prepare reasons for judgement to clarify the meaning of “use” in the context of the case.

She concluded it was not.

“A device in plain view is more likely to tempt a driver to distraction than one that has been safely stowed away in a pocket or a glove compartment,” she wrote. “To commit an offence, however, the driver must do something to actualize or heighten this latent risk of distraction.  In this sense, the offence can be said to require an ‘accompanying act’ on the part of the driver.”

Watchuck concluded there was no evidence Sangret had performed any such accompanying act.

Watchuck noted Sangret, as an “N” driver, was prohibited even from using his device’s hands-free features while driving, but there was no evidence he had – and having his device mounted on his dash was not enough to convict him.

“The prohibited act is ‘use’ as defined, not installation,” Watchuck wrote.