'Sleep hygiene' to be taught in Burnaby schools this year

As legions of groggy kids get used to their back-to-school wake-up times this week, the Burnaby school district is planning to increase awareness about the importance of sleep for health and learning this year.
Sep 4, 2019 4:02 PM By: Cornelia Naylor 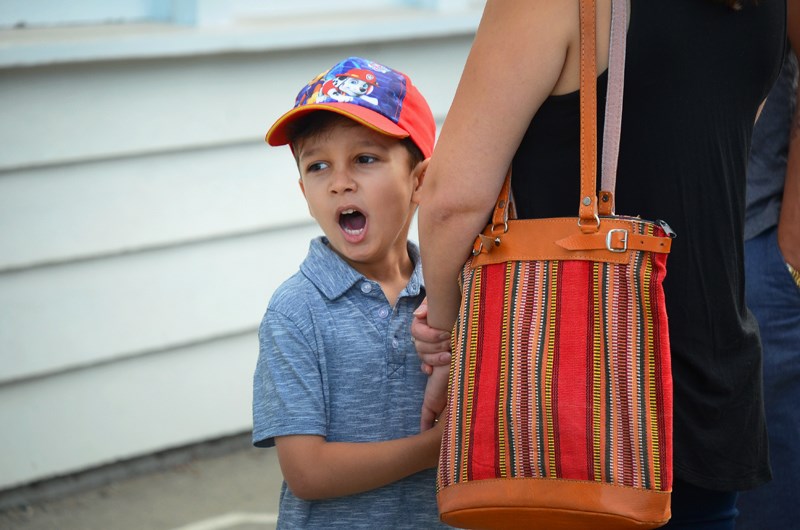 Elliot Lacroix, 5, lets out a yawn before his first day of kindergarten at Sperling Elementary School Tuesday morning.Cornelia Naylor

As legions of groggy kids get used to their back-to-school wake-up times this week, the Burnaby school district is planning to increase awareness about the importance of sleep for health and learning this year.

In an online mental health survey of Grade 10 students a couple years ago, the district found out more than half (52 per cent) of its students were failing to get enough sleep, according to Sue Dorey, the district’s director for safe and caring schools.

Eight per cent reported getting four hours or less.

The findings were mirrored in the 2018 McCreary Adolescent Health Survey (for kids in Grade 7 to 12), which found 52 per cent of all B.C. kids aren’t getting enough rest.

They ranked sleep as their second highest priority on a list on mental health topics they wanted to learn more about. (Stress management was at the top.)

Getting in the way of enough sleep, according to the kids, was homework, social media, worries and stress, gaming, extra-curricular activities, TV and work – in that order.

Parents have asked for more information about sleep too, according to the school district.

The health authority followed up with a sleep and screen-time information session.

“I just see a difference in my boys now,” said Morley parent Polly Kainth after implementing some of the sleep tips she learned. “They’re just more involved, more engaged at school.”

Kainth said the information session prompted her to change her sons’ routine, pushing their allotted screen time to earlier in the evening.

“After the sleep hygiene session, we’re like, you know what, they shouldn’t be overstimulated with this bright light close to bedtime,” she said.

The school district has heard the concerns about sleep loud and clear, Dorey said, and, starting next month, it will provide teachers with information and tools to teach kids about the importance of sleep and how to get enough of it.

“Sleep is a time for your brain to repair cells, build new pathways, and that’s pretty important for learning,” Dorey said. “We always brush it off. When I was in college the saying was, ‘Sleep when you’re dead.’ It was our last priority.”

Having a good bedtime routine and a comfortable sleep environment, avoiding screen time before bed, keeping an old-fashioned alarm clock on the nightstand instead of a smart phone, and cutting down on caffeine and energy drinks later in the day are all ways to improve your chances of getting a good night’s sleep.

“We also know that not all kids come from a place where they can have this perfect sleep environment,” she said. “Some of them come from homes where there’s violence or some of them share bedrooms with multiple siblings or they’re responsible for childcare…Sleep disturbance can also be a sign of a mental health issue. It can be a sign of depression or more clinical anxiety.”

With more information, Dorey said educators will be better equipped to gauge what’s behind some students’ behaviour and decide if more than sleep advice is needed, like counselling or other support.

One solutions the district is not currently considering, however, are sleep rooms or nap pods, like those set up in the BCIT library in 2016.

“There could be discussion about how we support kids,” Dorey said with a laugh, “but I don’t think we would ever go to nap rooms. It would be kind of interesting though…I shouldn’t say never, but that isn’t on our radar at this point.”