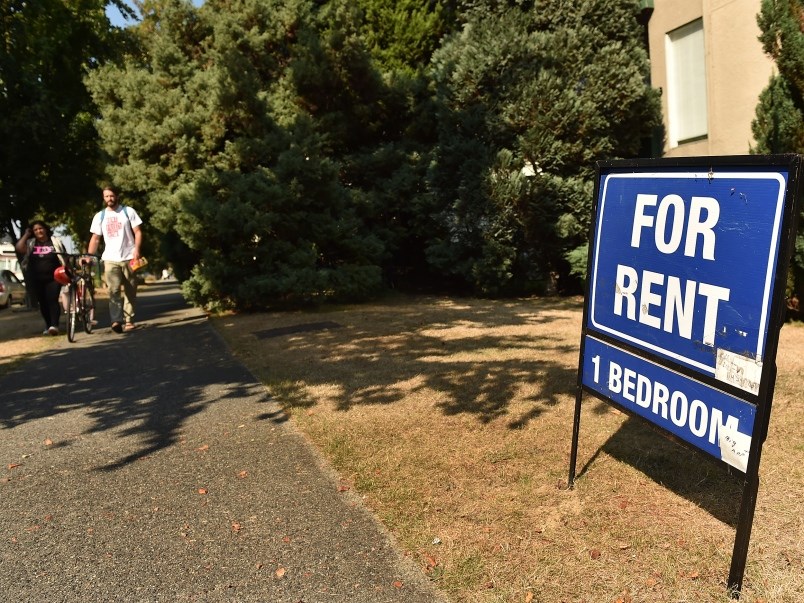 The average asking rent for all Canadian properties listed on Rentals.ca in April was $1,675 per month, a decrease of $167 or 9 per cent from $1,842 in April of last year and down 1 per cent monthly.

But in Burnaby, it’s a much different story, according to the report.

Year over year, average monthly rent for a one-bedroom in Burnaby is up 8.9 per cent and up 6.5 per cent for a two-bedroom.

Since hitting a high of $1,954 in August 2019, the average monthly rental rate has steadily declined -- now down $279 from the peak, according to Rentals.ca’s and Bullpen Research & Consulting’s latest National Rent Report.

Although rents have continued to fall on a national basis, they are up regionally and by product type.

Average rental rates increased month over month in British Columbia, Ontario, Alberta and Quebec, suggesting the market might have turned a corner with increased tenant demand.

The third wave of COVID-19 continues to wreak havoc in certain areas of the country, but that has not stopped residents from trying to get into the rental market or tenants from moving for better deals and more space before rents start moving up consistently.

Vancouver still leads the list of 35 cities for average monthly rent for a one-bedroom home in April at $1,935 and for a two-bedroom at $2,578.

Year over year, average monthly rent for a one-bedroom in Vancouver is up 2.2 per cent and up 4 per cent for a two-bedroom.

On a provincial level, British Columbia had the highest rental rates in April, with landlords seeking $1,973 per month on average for all property types, up 3 per cent monthly.

Most of the major Canadian metropolitan areas such as Toronto, Montreal, Vancouver, Calgary, Edmonton, Ottawa and Winnipeg, saw monthly increases in average monthly rent in April for condominium rentals and apartments.

The average rent for one- and two-bedroom units in April decreased 9 per cent year over year. But five-bedroom properties were up 9 per cent annually from April 2020. Larger single-family homes have performed well during the pandemic as tenants seek out more space to work from home and for virtual learning for their children.

“Despite the continued decline in average rents on a national level, the rental market has started to turn up with rents increasing month over month in most of the largest provinces in the country,” said Ben Myers, president of Bullpen Research & Consulting.

The National Rent Report charts and analyzes monthly, quarterly and annual rates and trends in the rental market on a national, provincial, and municipal level across all listings on Rentals.ca for 35 cities across Canada.