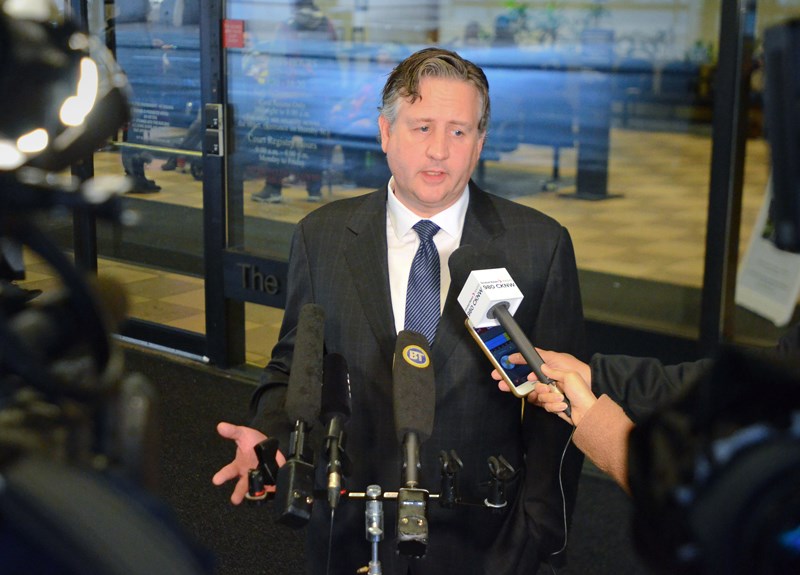 At a hearing in B.C. Supreme Court Monday, the B.C. Prosecution Service told the court it would proceed with criminal contempt charges against protesters arrested at the terminal gate with Stewart and federal Green Party leader Elizabeth May on March 23 but that special prosecutors had been assigned to deal with Stewart’s and May’s cases.

Assistant deputy attorney general Peter Juk had made the appointment because he considered it in the public interest, said Trevor Shaw, a lawyer for the B.C. Prosecution Service.

"The appointments were necessary to avoid any significant potential for real or perceived improper influence in the administration of criminal justice," he said.

Their cases have been adjourned till April 30, when Stewart and May are expected to find out whether they’ll be among those facing criminal contempt charges.

For the other protesters who appeared in court Monday, the prosecution service has recommended trying them in batches of 10, with trials starting May 7.

The efficiency of the trials will be expedited with lessons learned from the prosecutions of the 2011 Stanley Cup rioters and the Clayquot Sound protestors in the mid-1990s, Shaw said.

“We have, to date, spent over $50,000 in disbursements just to effect service on the 167 civil contemners,” she said. “Trans Mountain would like to know how this process can then be streamlined into the crown process.”

Shaw said the prosecution service would work on a process.

Trans Mountain brought its civil case against Stewart, May and the other protesters on March 29 for violating an injunction that banned them from getting within five metres of Kinder Morgan’s two Burnaby terminals.

At a hearing on April 9, however, Supreme Court judge Kenneth Affleck said, if the facts were proven, the protesters conduct would amount to criminal contempt, and that it shouldn’t be Trans Mountain’s responsibility to prosecute it.

On Monday, Affleck reiterated the trials would not be concerned with the merits of the Trans Mountain pipeline expansion.

“These trials will, of course, be focused on the issue of whether there was notice of the injunction followed by a deliberate, public disobedience of it,” he said. “That’s the issue. The question of whether the pipeline is a good or bad idea is not relevant.”