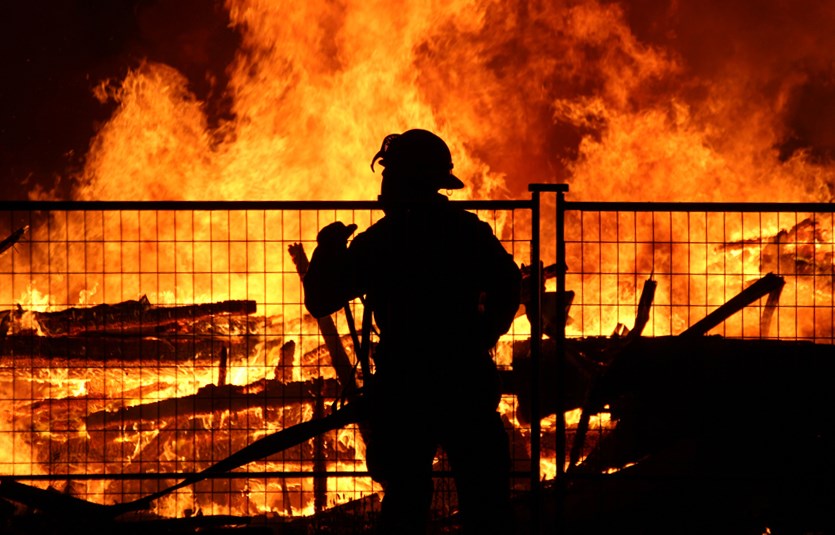 Recent promotions at the Burnaby Fire Department have done nothing for diversity at its highest ranks – and that has one city councillor “very disappointed.”

In a recent comprehensive review of the fire department, the need for more diversity was a recurrent theme.

“Management and external partners want to see strategies and actions to expand the diversity of the members,” stated the report.

When it came time to hire a new deputy chief and a new staff officer this summer, however, the department chose not to move in that direction – promoting longtime union executive Miles Ritchie and fire Captain Ian Hetherington respectively.

When asked what the two brought to the table in terms of diversity, fire Chief Chris Bowcock was hard pressed.

“Those two were assessed based on skills, knowledge and ability and the total value, including diversity, to the team, and those two were the two selected to move forward,” he told the NOW. “All the components of what they would bring to the management team were valued in making the decision.”

Coun. Colleen Jordan, who has been critical of the lack of diversity in the fire department, said she was under the impression the new staff officer position had been created to champion and increase workplace diversity.

Before the promotions were announced on Aug. 13, Jordan said she had talked to Bowcock about the staff officer position.

“I even said, ‘Well, I hope that you will hire someone who’s representative of diversity, so that they understand what people go through,’ but apparently not,” Jordan said.

Bowcock, however, said it wasn’t the staff officer position that had been added for that purpose but a fire captain position in the training division, whose job will be to promote “inclusivity, diversity and recruitment.”

When asked who had been promoted to that position, Bowcock did not provide a name but said the extra position had been added.

“The entirety of the training division is responsible for that, and then the chief training officer will assign that role responsibility to one of the captains,” he said.

The NOW has since learned that none of those captains in the training division is a woman or a racialized person either.

“You can’t just say that you care about these things and then, when the opportunity comes to do something about it, you don’t do it,” Jordan said. “That’s a disappointing thing.”

In promoting Ritchie and Hetherington to the senior management positions, the NOW has learned the department passed over fire Captain Cathy Van-Martin, a 24-year Burnaby Fire Department veteran with a master’s degree in crisis, emergency and disaster management.

Van-Martin confirmed she had applied for the two positions but wasn’t offered either. She declined to comment further.

According to a LinkedIn profile, however, Van-Martin’s management experience has included consulting for the Office of the Fire Commissioner of B.C. and the Fire Chiefs’ Association of B.C. to help develop a Wildland Urban Interface toolkit after the devastating 2017 wildfires.

And Bowcock himself wrote a letter recommending Van-Martin for the Canadian Risk and Hazard Network’s 2015 Larry Pearce Education Award for emergency and disaster management.

In the letter, which had been posted on Van-Martin’s now-deactivated Linkedin profile, Bowcock said she had “excelled in the fire service with specific, high impact contributions in the areas of personal performance, fire company performance, facilitating development and leadership.”

“As an individual, Lt. Van-Martin performs at the highest level; incorporating an unmatched level of theoretical knowledge, practical emergency management skills, problem solving capability and a willingness to take on any challenge, both emergency and business process related,” Bowcock wrote.

When asked why Van-Martin had been passed over for promotion given that glowing endorsement, Bowcock said first that emergency management does not fall within the fire department in Burnaby.

He then went on to say:

“I provide all manner of reference to many different individuals for many different purposes, and at some point the department needs to make a decision who the appropriate next officers are going to be. Those decisions aren’t taken lightly. They’re extremely difficult to undertake, and we undergo a process and we support all the members’ growth in many different ways so that we can develop people into positions.”

When asked whether he believed the most qualified people had been picked for the promotions, Bowcock said, “Oh, I believe so.”