No police dogs injured in the crash involving two members of the police dog service.
Mar 5, 2019 12:37 PM By: Cornelia Naylor 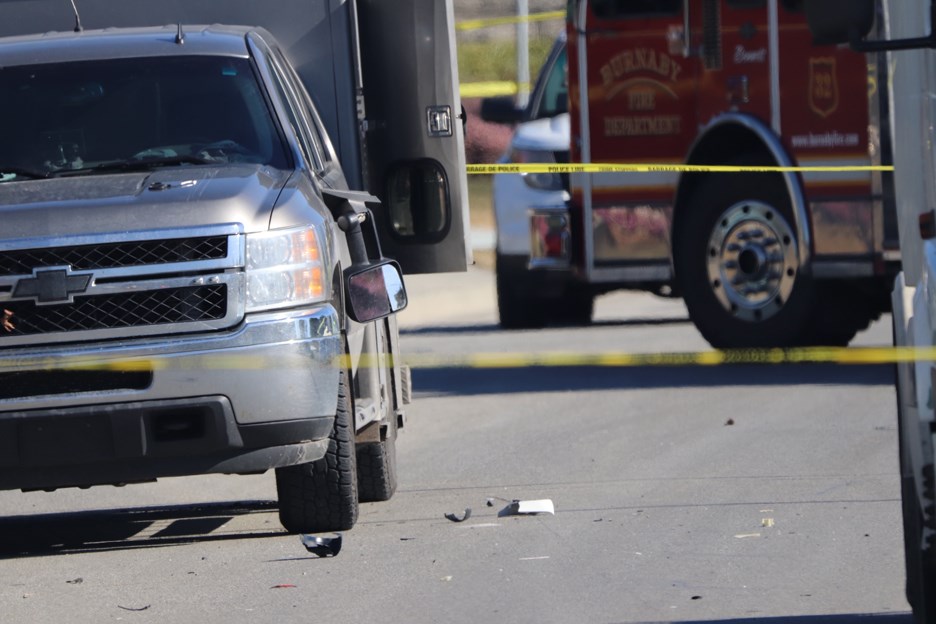 The suspect vehicle involved in a hit-and-run in South Burnaby Monday was reported stolen in New Westminster before it plowed through two officers from the integrated police dog service.

Police are still looking for the driver.

Initial reports after the crash in the 5000 block of North Fraser Way said the two male officers, one an RCMP member and the other an Abbotsford police officer, had been transported to hospital in critical condition.

But Burnaby RCMP said Tuesday, the Abbotsford officer has been released from hospital with minor injuries, while the Mountie remains in hospital with serious injuries in stable condition.

The Abbotsford officer has been identified as Cpl. Aaron Courtney, a 15-year officer and 10-year member of the dog service, according to Abbotsford police.

No police dogs were injured in the incident, police said.

Monday’s incident began at Byrne Road and Marine Drive where an RCMP officer located a white, later model Toyota Camry with tinted windows, which had been described in a possible drunk driving call, according to Burnaby RCMP.

When the officer got out of his vehicle and approached, however, the car took off down Byrne Road, police said.

About two kilometres away, it hit two police dog service officers who had been training in the area and were standing outside of their vehicle on North Fraser Way.

Police found the suspect vehicle about an hour later abandoned in an industrial area a short distance away.

Burnaby RCMP is asking anyone who witnessed the crash or may have dashcam video of the collision to contact police at 604-646-9999. To remain anonymous, contact Crime Stoppers at 1-800-222-TIPS (8477) or www.solvecrime.ca.