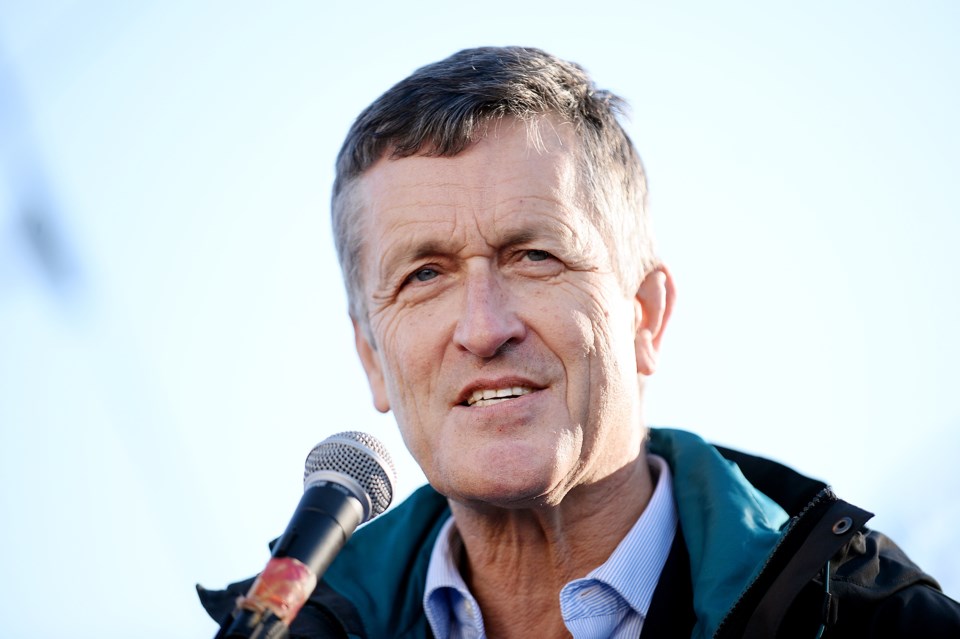 At the age of 66, Svend Robinson is still fired up to run for public office.JENNIFER GAUTHIER

Twenty five years after she died in his arms, Sue Rodriguez is still inspiring Svend Robinson to fight for the rights of people seeking medically assisted suicide.

Robinson, then an NDP MP, advocated for Rodriguez in her fight to legalize assisted suicide. Her challenge was defeated 5-4 by the Supreme Court of Canada in late 1993 but three months later she died with the help of an unidentified doctor on Feb. 12, 1994.

In 2015, the Supreme Court decision was overruled unanimously and the federal government was forced to pass legislation giving Canadians the right to seek a doctor’s help to end their life.

To qualify for legal assisted suicide, a patient must have an incurable terminal illness, be suffering intolerably and be close to death.

The legislation is too restrictive, Robinson said.

He said it’s unconstitutional to deny someone a medically assisted death if they are not expected to die soon. Anyone suffering intolerably with no expectation of improvement should have access to assisted suicide, he said.

The law also doesn’t permit advance requests, which allow someone to set out criteria under which they want a doctor to end their life. For example, a patient with Alzheimer’s disease could use an advanced request to request assisted suicide once they can no longer talk – a request they can’t make while in that state due to a lack of mental fitness.

On Feb. 12, 2019 – exactly 25 years after Rodriguez’s death – Robinson challenged the Liberal government to amend the law to allow these two types of assisted suicide.

“If they won't do it, it should be an election issue,” he said.

Robinson said the law also needs to be expanded to allow people suffering from mental illness to seek medically assisted suicide, but admitted that proposal does not have the same level of public supported.

“It's more challenging and that's going to take more time to work out,” he said. “I think it should be allowed but obviously there have to be strict safeguards in place.”

Robinson, the NDP nominee for Burnaby North–Seymour in the 2019 general election, said his Tuesday announcement was meant to put pressure on the government, as well as “honour the memory of this amazing woman.”

“She was so courageous and she really, almost single-handedly, put this issue on the political agenda,” Robinson said.