Tens of thousands without power after Tuesday night windstorm

Winds gusting at over 90 km/h knocked out power to residents across the Lower Mainland
Jan 13, 2021 8:42 AM By: Cameron Thomson 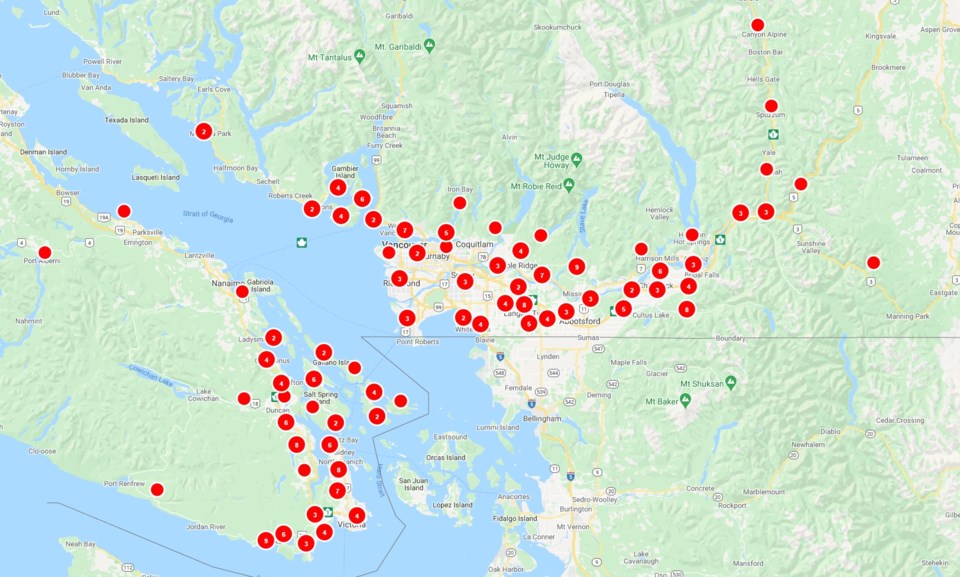 Thousands of British Columbians woke up this morning with no power after a windstorm careened its way through the Lower Mainland.

In Abbotsford, Maple Ridge, Langley and Surrey a total of 15,175 residents were affected by the outages according to BC Hydro’s outage list. Two major outages in Burnaby left 1,130 people without power and in Chilliwack 6,553 were also affected with a smattering of smaller outages.

According to the Weather Network, 91 km/h winds were recorded at Vancouver's International Airport, making it the sixth strongest January wind gust on record. The winds near YVR were responsible for outages in Delta/Richmond which affected 326 people with smaller outages also reported.

To find more storm updates on social media use the #BCstorm.