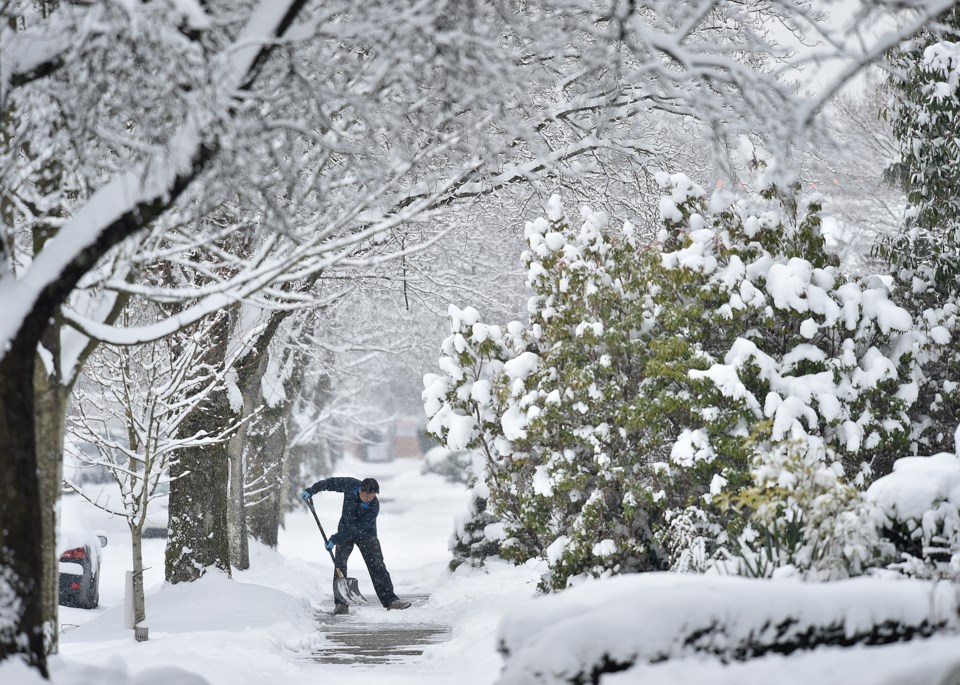 According to another special weather statement issued by Environment Canada, Metro Vancouver will likely see its first dusting of snow tonight.

The special weather statement notes that B.C.'s south coast has the potential for snow tonight and Friday morning. Later this evening, a low tracking south along the B.C. coast will spread moisture into the Lower Mainland. With temperatures hovering near the freezing mark, a mix of rain or snow is forecast across the region.

While the snow is expected to change to rain near midday Friday, more than five centimetres of snowfall could accumulate by the late morning.

This storm will also bring strong southeasterly winds to regions near the Strait of Georgia.

Special weather statement in effect for:

Vancouver Is Awesome spoke to Matt MacDonald, a meteorologist with Environment Canada, about what locals should expect later this evening and into tomorrow.

"We won't see the potential for snowfall until later tonight," explains MacDonald.

MacDonald adds that the total snowfall amounts will depend on when the rain starts Friday. Nevertheless, he cautions, drivers should be prepared for a messy commute.

Environment Canada is also calling for the chance of snowfall every day over the next seven days.

More snow is possible this weekend as a series of weather systems embedded in a cool northwest flow from the Gulf of Alaska moves ashore. What's more, early next week, cold arctic air from the B.C. Interior will arrive on the south coast.