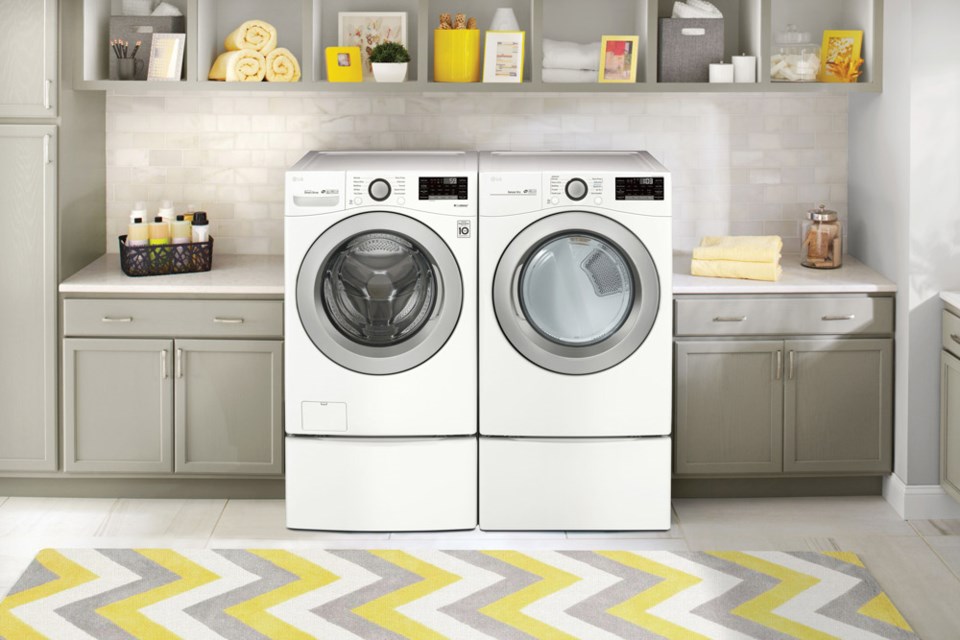 First it was bicycles that were running out in Burnaby.

Yes, those washers and dryers, dishwashers and more are on the verge of running out as shoppers in Burnaby and beyond snap them up – putting pressure on the supply chain needed to keep them in stock.

Meanwhile, manufacturers have run into problems obtaining parts and have been forced to scale-back production to adhere to COVID-19 safety protocols.

Consumers are now facing a limited selection of in-stock appliances, or record wait times for special orders and some popular appliances.

Experts say the situation could worsen if the second wave of the pandemic intensifies as the busy holiday spending period gets underway.

Jason Goemans, president of Goemans Appliances, said demand has been so high the retailer is concerned about keeping up with Black Friday sales next month, an increasingly popular shopping event in Canada.

"We've never had more backorders in our history," he said in an interview. "We've got thousands of backorders now because of surging demand."

Compounding the spike in orders is sluggish supply, with manufacturers operating either below capacity or paring down inventory to focus on more popular models.

"Whoever has stock right now is king," Goemans said, noting that the family run business has roughly 10,000 appliances in stock.

Even still, he said given there's nearly an "infinite choice in terms of combinations of styles and finishes," consumers are experiencing a reduction in options.

"Everybody's used to being able to get whatever they want but now there's a consolidation of choice," Goemans said.

"When it comes to slower turning (appliances), customers now have to wait much longer. And the surge in demand has led to significant back orders for even the more popular models."

He said the "supply and demand struggle" will likely continue into the first or second quarter of 2021.

Part of the issue lies in the factories where fridges and stoves are built, most of which are in the United States or Mexico.

But he said COVID-19 protocols, including physical distancing, increased cleaning and absenteeism, have affected production.

"The impact on our manufacturing facilities is that we're sometimes not able to operate at maximum capacity," Power said.

Whirlpool has also run into "more supply challenges than a normal period," he said.

In response, the company has focused on essential appliances with "full parts availability" that can provide the highest yield, Power said.

In other words, less essential appliances like a wine fridge or models that are considered a luxury or upgrade may face longer waiting periods.

"They're just more premium products and they're more complex so it means it takes a longer time to manufacture," he said. "When we have a surge in demand, it just physically takes longer to catch up."

GE Appliances Canada chief brand officer Bob Park said the appliance maker has felt the impact of COVID-19 on both the supply and demand side of the business.

While the company has managed to avoid "significant product shortages" and has maintained "a fairly consistent supply chain," he said sales have been up over the last several months.

"We have absolutely also seen increased demand for our products, as consumers who may have had other major purchases planned this year appear to be reinvesting their dollars in home improvement and renovation projects," Park said in an emailed statement.

Meanwhile, industry experts are concerned the backlog of appliance orders could be exacerbated by the uptick in demand that usually starts on Black Friday in November and runs until Boxing Day in late December.

While Terry Robar, director of sales with Canadian Appliance Source, is confident the market can handle the holiday demand, he’s worried about the impact of a second wave.

"If we start seeing widespread shutdowns and factories closing again, then I’ll start to get concerned," he said.

"When you go shopping right now, not everything is going to be available within in the timeline you require," he said. "You may have to make a sacrifice and either have a long wait time or look at a different brand."