This century-old advertisement was uncovered by recent construction in Vancouver

The sign dates back to the 1920s and advertises bread for a company that later was folded into Canadian Bakeries Ltd.
Apr 24, 2021 6:09 PM By: Cameron Thomson
Previous Next
1 / 1 The recently uncovered 4X Bakery sign at the corner of East Hastings and Penticton Streets.TomKeddie/Reddit
Expand
Previous Next

Hidden for decades, a window into Vancouver’s past was recently uncovered on East Hastings.

“Specify 4X Bakery Products - Canadian Bakeries Ltd.” the sign reads. Likely painted by hand in the late 1920s, it was sandwiched between a recently torn-down commercial building at the corner of Hastings and Penticton. The building the sign is on, 2615 E Hastings St., is also slated for demolition to make way for a mixed-used, six-storey complex that was approved by Vancouver City Council at a public hearing in 2019.

This isn’t the only 4X Bakery products sign that has been found in East Vancouver. According to Spacing Magazine, a publication that covers public space issues in major Canadian cities wrote of another sign found in 2011. The 75-year old ghost ad was uncovered during renovations of the old Victoria Drive Grocery.

Also known as Shelly’s 4X Bakery, the company was the work of bakers William Curtis Shelly and his brother James originally from Ontario. The brothers moved west in 1910 to expand their business and set up their bakery in Vancouver. W.C. Shelly went on to become a millionaire, a prominent businessman and an influential B.C. politician during the Great Depression. 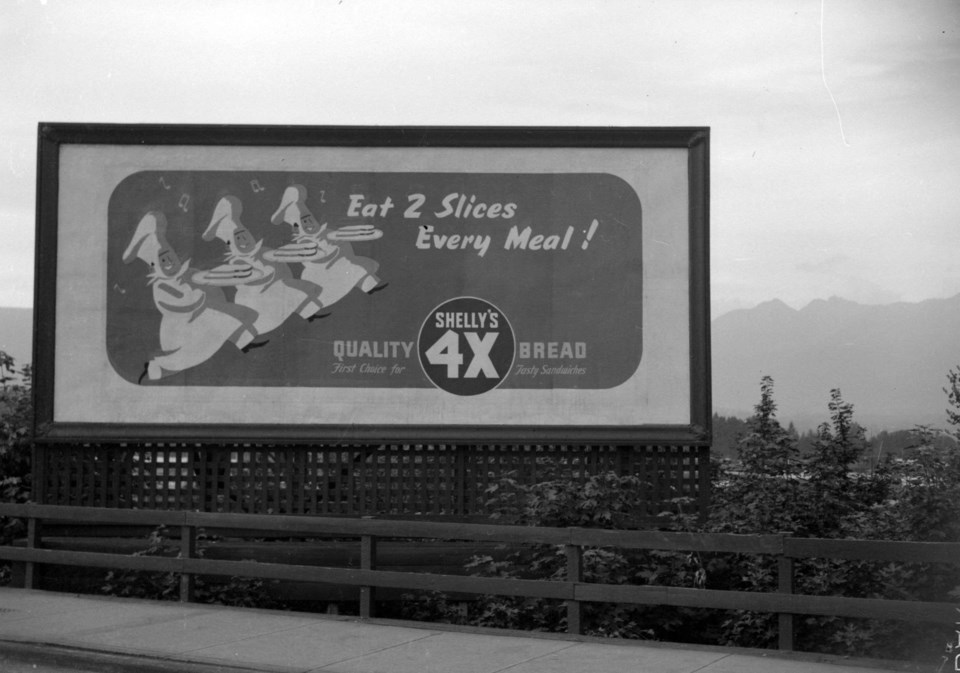 Some of 4X's billboards advised eating two slices of their bread per day. By Vancouver Archives

But what does the 4X mean? According to a historical deep dive on the Vancouver bakers written by GrainsWest, a magazine dedicated to the interests of B.C.’s grain farmers, it was all about how the bread was made.

“Shelly’s was described as bread dough that had been prepared, allowed to rise, then knocked down and allowed to rise again—a process that was repeated four times before being baked. It was intended to improve the quality and texture of the bread, and to improve the overall eating experience. But with the arrival of new technology and a growing preference for high-speed production, the 4X process—which can add four to six hours to the bread-making process—hasn’t been used in commercial bakeries for many years,” GrainsWest writes. 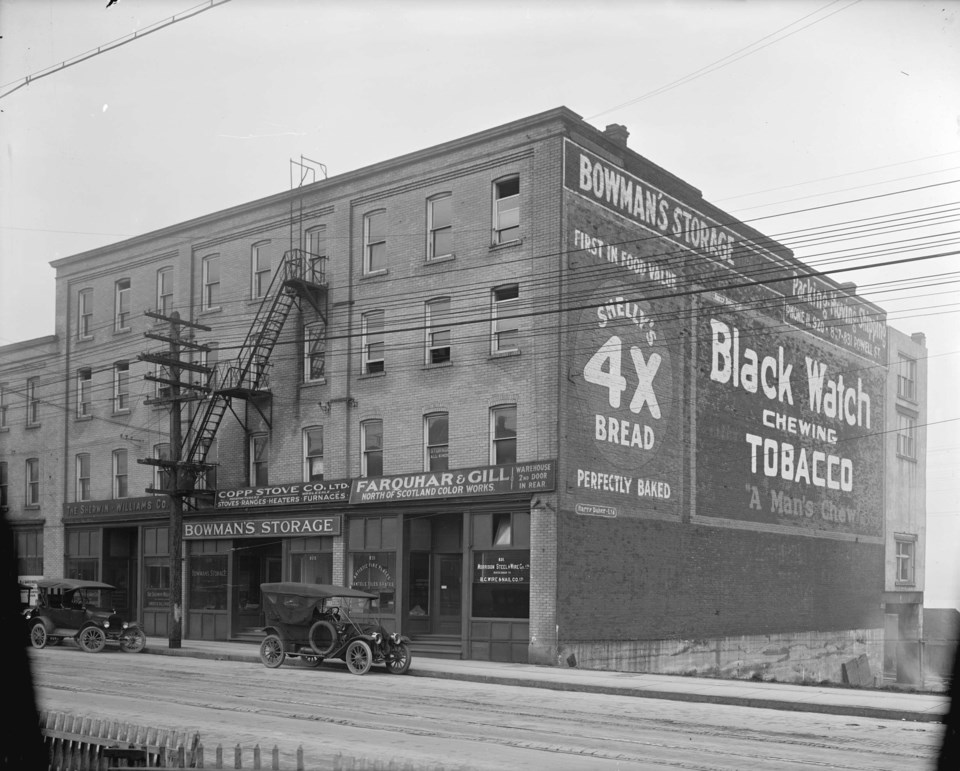 Bowman's Storage on Powell Street with a 4X billboard. By Vancouver Archives

Many of the 4X billboards and advertisements were illustrated with cartoon characters and appeared across the west. Some signs recommended eating two slices at every meal.

A photo of the East Hastings sign was shared on social media sparking a group of Reddit sleuths to delve into the history baked into the outside wall of 2615 E Hastings St. Photos of Canadian Bakeries Ltd., what 4X was later folded into, were dredged up from the Vancouver Archives.

“I love these ghost signs. Windows into a bygone era,” writes user S-Kiraly.

“My mom grew up on East Hastings (she's 74). It's made her day,” wrote Redditor subneutrino.