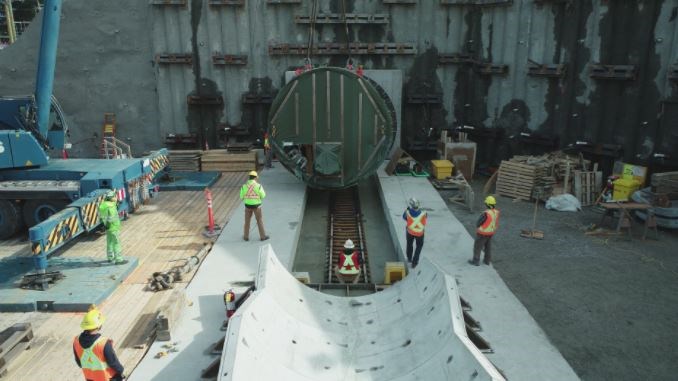 A project that will dig and complete a 2.6-kilometre tunnel connecting Burnaby Terminal to Westridge Marine Terminal is “quickly approaching,” according to a new post by Trans Mountain put up on Earth Day.

“We're quickly approaching a significant Expansion Project milestone – the start of tunnel boring for the Burnaby Mountain Tunnel,” reads the post that includes a video (posted below) demonstrating how the project will take place.

The NOW contacted Trans Mountain for more details on exactly when this project will start and was told it would be in Spring 2021.

“Once tunnel boring begins, the work will occur 24 hours a day, seven days a week and it will take approximately 200 days to complete,” reads the post.

Here are some other details: