'Want to get shot in the head?' Transit Police are considering charges against an unidentified male who spewed racist remarks and death threats upon a fellow passenger
Nov 3, 2020 8:12 AM By: Sarah Grochowski 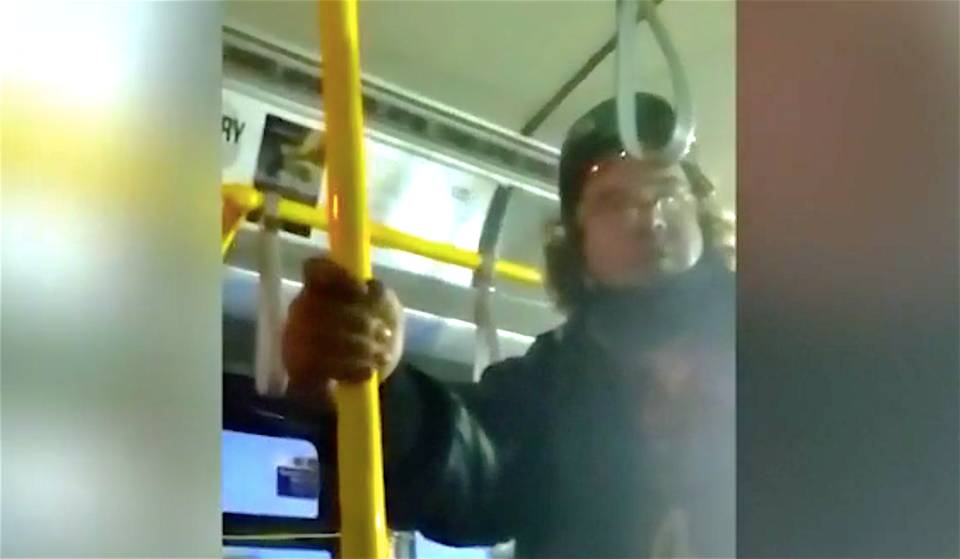 Editor's Note: This article contains links to a video that viewers may find disturbing.

When Danilo Jr. Jimenez boarded a Burnaby bus to work Friday morning, he didn’t expect to sit scared for his life.

Jimenez, who came to Canada three years ago, took out his phone and began to film when an unidentified male passenger began to threaten him.

“You want to get shot in the head?” The man asked, claiming Jimenez wasn't allowed to film him.

The passenger uttered several more threats, including multiple racial epithets and a profane hand gesture at Jimenez before he got off.

“You can’t talk to people like that,” the employee was heard shouting from the front of the bus.

“Some of what was said indicate the potential for assault, but it’s too early to say for sure,” Hampton told Vancouver Is Awesome in a phone interview.

Transit Police are still investigating the identity of the passenger.

“The racial rant and words of hate are absolutely disgusting,” Hampton added. “Any form of hate is totally unwelcoming on the transit system.”

The force is urging anyone who witnesses a racist tirade on public transit to text Transit Police discreetly at 87-77-77.

'I went to Canada to have a good life'

Following the incident, Jimenez posted the video to his Facebook, in an attempt to warn others about the man who targeted him.

“I went to Canada to have a good life and for the family and not let people like this ruin my personality,” Jimenez asserted over social media.

The Burnaby resident originally relocated to Canada from the Philippines.