Members of Vancouver City council and the Vancouver Parks Board have called on TransLink to rescind a recently approved fare increase and end bus stop cancellations
Apr 13, 2021 1:49 PM By: Cameron Thomson 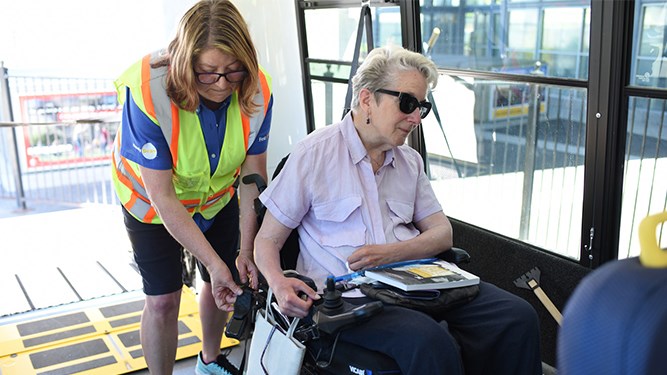 TransLink is attempting to quell concerns raised over changes to services and fare increases.TransLink

Recently announced changes to TransLink’s services, including to the HandyDART program, brought a flurry of criticism from Vancouver city councillors and a transit union -- criticism which TransLink is aiming to put to rest.

Earlier this month, co-chairs of the Coalition of Progressive Electors (COPE) consisting of Vancouver city councillor Jean Swanson, Barb Parrott from the Vancouver School Board and Vancouver Park Board member Gwen Giesbrecht, penned a letter to TransLink’s board with a list of demands. Those demands included rescinding a recently approved 2.3% fare increase, the implementation of free transit for youth, the restoration of service cuts and ending bus stop cancellations.

“Transit is a critical piece of Metro Vancouver's transportation infrastructure and one that must grow in ridership in order to support our workers and the economy, to provide equitable and affordable transportation options and to reduce our carbon footprint and address climate change,” reads a statement from COPE. “Transit ridership has drastically decreased during the COVID Pandemic so it is urgent that TransLink bring back former transit users and attract new ones when it is safe to do so.”

Amalgamated Transit Union local 1724, also has "grave concerns” regarding the HandyDART modernization program announced by TransLink last month. A statement from the union alleges TransLink is attempting to make registration and use of HandyDART difficult through screening to reduce ridership. To show this, the union commissioned a report from Eric Doherty, principal of Ecopath Planning and registered professional planner.

Doherty’s report states the changes to HandyDART are intended to screen out riders to reduce costs through the program’s potential new registration process. The report goes on to say that new registrations would be based on eligibility, rather than further assistance for those who need it. Doherty also points to how TransLink is seeking to mimic the registration process practiced by BC Transit, a system the report suggests would be restrictive.

Jill Drews, a TransLink spokesperson, addressed these criticisms point by point starting with COPE’s demands. In an email to the NOW, Drews says there are no bus service reductions planned for Vancouver and explained the “bus stop cancellations” are a part of TransLink’s bus stop balancing program. The program is intended to remove some bus stops that are too close together.

“Removing the compacted stops will result in faster travel times for bus passengers and less congestion for all other road users. Buses stop traffic when they pull in and out of stops,” Drews writes, adding that there are no plans to implement bus stop balancing on any Burnaby routes at the time of the email.

As for the fare increases, it could have been worse. According to Drews, the 2.3% increase in transit fares for July 2021 is about half of what was originally planned this year.

“The Investment Plan had originally planned fare increases of 4.6% for 2020 and 4.1% for 2021 to support expansion. Due to Covid, the planned 2020 transit fare increase was cancelled by the TransLink Board,” she said.

Drews went on to say that TransLink is open to the idea of free transit for kids. Results from the transportation company’s transit fare review show the public is supportive of expanding discounts, but not if it means raising fares for everyone else. Drews writes that if TransLink were to implement such discounts government support would be necessary.

To Eric Doherty’s report, Drews says the potential new HandyDART registration program is not about screening people out of the program.

“Everyone who needs HandyDART will continue to have access and current users will not be asked to re-register when the process is implemented,” Drew writes. “The purpose of the potential new registration process is to make sure people who need HandyDART can access it and have a quality service. Part of that is making sure that people who can use conventional do so, and are supported to do so.”

The consultation period, which includes a public survey, for the registration process is still open and will run until April 25. The change will require further direction from TransLink’s Board to go ahead.

The full breakdown for the proposed new registration program can be found on TransLink’s website.

Letter: 'Onerous' TransLink plan would end up screening out seniors, people with disabilities
Apr 8, 2021 10:24 AM

TransLink eyes ‘modernization’ of HandyDART with Compass and lower fares
Mar 31, 2021 6:03 AM
Comments