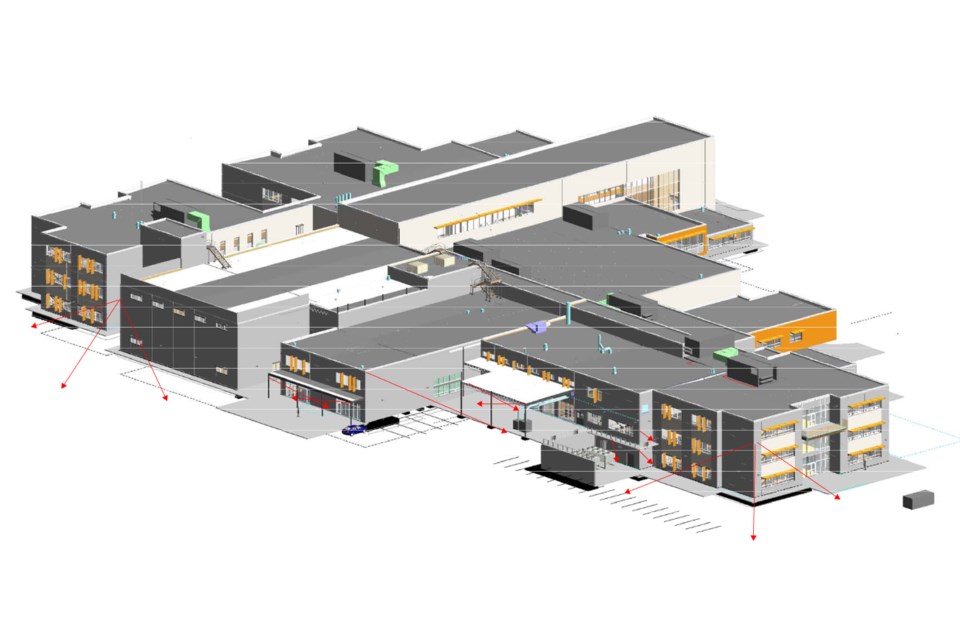 Parents will get a chance to sign off on video surveillance at the new Burnaby North Secondary School after the issue raised a rare bit of verbal fire between trustees at a recent school board meeting.

During the March 30 meeting, secretary-treasurer Russell Horswill presented a report requesting board approval for a video surveillance system for the new school, which is currently under construction.

The old building and most schools in the district already have video surveillance, he noted, but board policy requires trustees to sign off on any new systems or significant changes.

Trustee Larry Hayes encouraged Horswill to reiterate that such surveillance is already commonplace at local schools and access to the video feeds and recordings is limited and tightly controlled as per board policy.

“Just so nobody thinks that this is any Big Brotherish type thing that’s now moving into the district,” Hayes said.

Trustee Ryan Stewart, however, noted the board’s policy also called for parent advisory councils (PACs) to review and approve new surveillance systems and proposed delaying approval of the new system until the Burnaby North PAC had had a chance to review it.

But before voting on that proposal, Trustee Christine Cunningham (the only non-Burnaby Citizens Association member of the school board) said she is worried about “surveillance creep” at local schools and wouldn’t be supporting the new security system.

She said she was concerned the board’s policies might not be in line with video surveillance guidelines set out by B.C.’s Office of the Information and Privacy Commissioner.

As an example, she said the OIPC requires public bodies to have a good reason for video surveillance systems and to review them annually to determine whether they are still necessary.

“We are not reviewing that each year to see whether it’s useful or not,” she said. “We may be collecting some data on it, but that’s not something that’s been brought forward, as far as I’ve been here, to discuss whether it’s still necessary to have video surveillance, so I believe that’s something that should come forward.”

Trustee Bill Brassington countered by saying he had “complete confidence” the district’s video surveillance at schools is “well within” guidelines set out by the privacy commissioner and province.

“With all due respect, I think that if we’re going to come before the board and make public statements about security creep and surveillance creep, I think that’s a general statement versus bringing up tangible issues and problems that don’t exist at this point,” Brassington said.

He said he agreed with Stewart, however, that Burnaby North parents should be allowed to sign off on the new security system as per the board’s policy.

“I think that they’re the ones to decide if they want to have this layer of protection for their children that we’ve had in the school district for years without incidents,” Brassington said.

Contrary to Cunningham’s concern, the board’s policy on video surveillance does call for the secretary-treasurer to submit an annual report that assesses “installations by site and whether operation of the video surveillance cameras is accomplishing its purpose of protecting the safety of individuals, school or district property and individual belongings.”

But no such reports appear to have been presented to the board since at least October 2018, when the current board was elected, according to committee and board meeting minutes posted on the school district’s website.