School district hosting anti-vaping initiative to 'get ahead' of emerging issue.
May 29, 2019 4:02 PM By: Cornelia Naylor 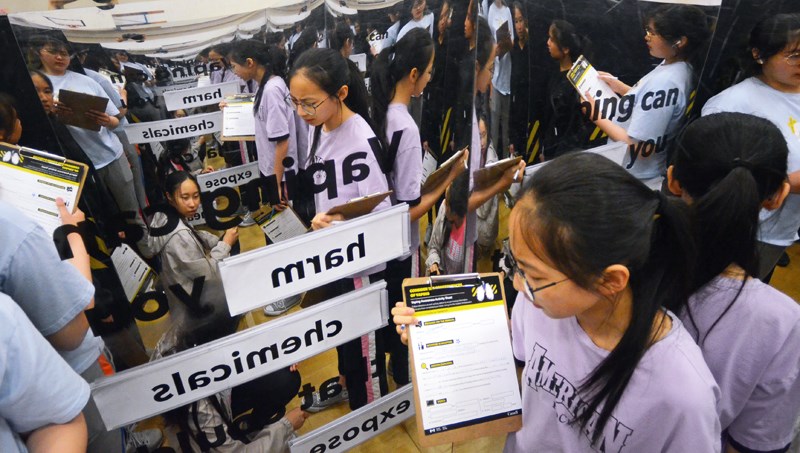 More than twice as many local students are vaping nicotine as smoking cigarettes – and the Burnaby school district wants to educate them and their parents about the possible consequences.

All this week, local high schools will host Health Canada’s Consider the Consequences Tour, an interactive learning event aimed at informing youth between the ages of 13 and 18 about harms and risks related to vaping.

Thirteen per cent of Burnaby students who filled out the McCreary Centre Society’s latest B.C. Adolescent Health Survey said they had vaped nicotine within one month of the survey; six per cent said they had smoked a cigarette.

Since the comprehensive youth health survey, which is done every five years, has never included vaping questions before, the results can’t show whether the activity is up or down, but Sue Dorey, managing director of safe and caring schools in Burnaby, says, “anecdotally,” the district is noticing it more.

“We have emerging issues, not just in Burnaby but everywhere, and we’re trying to get ahead of it,” she said.

Burnaby’s vaping numbers in the survey are actually lower than the provincial results, which showed 21 per cent of the youths had vaped within one month of the survey.

“It has become its own cultural phenomenon,” Dorey said.

Along with hosting the Health Canada tour, which features hands-on activities, touch screens, puzzles and other activities aimed at getting students thinking about the consequences of vaping, the district has posted information on its website.

In a 5 Things You Need to Know infographic, the district warns vaping nicotine can alter brain development, harm lungs and increase exposure to harmful chemicals.

Parents and students are also reminded that it’s illegal to sell vape products to youth under the age of 19 and that vaping isn’t allowed on school property.

But the Consider the Consequences tour isn’t about vilifying the vape, according to Dorey; it’s about getting students to think critically about things like who stands to profit from the industry, who they are marketing candy-flavoured e-juice and e-cigarettes to and whether the possible health risks are worth it.