UPDATE: 'No risk' of infection from rumoured cornavirus patient who visited Burnaby 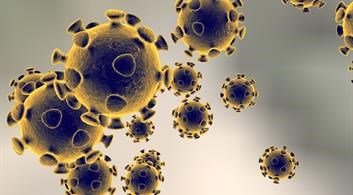 B.C.’s provincial health officer, Bonnie Henry, said there is “no risk” of British Columbians being infected with the novel coronavirus in connection with a woman who is rumoured to have visited the Lower Mainland while suffering from the disease.

According to a story spread on social media, a woman visiting from China fell ill but was turned away by Metro Vancouver hospitals only to be diagnosed with the 2019-nCoV virus after returning to her home country.

"We have reviewed that case with the clinicians who assessed the individual," Henry said. "It has been investigated in some detail, and we can confirm that there is no risk to people here in B.C."

Henry made the comments at a press conference Tuesday morning where she announced the province’s first confirmed “presumptive” case of the new virus, which has infected more than 4,500 and killed more than 100 people in China, according to the New York Times. That patient, a man in his 40s, recently returned from Wuhan, the central Chinese city where the outbreak began, Henry said.

While health officials are confident further testing will conclusively confirm the province’s first diagnosis, Henry said there is no reason to be concerned about contracting the disease from the individual diagnosed or from the rumoured carrier who returned to China.

A health ministry spokesperson also provided a statement to the NOW about the rumoured case: “[The B.C. Centre for Disease Control] is aware of reports of an unconfirmed case of novel coronavirus in an individual who spent time in the Lower Mainland and has returned to China. Even if the case is confirmed, given what we know about the virus and human-to-human transmission, the risk to British Columbians is very low.”

Posts on Chinese social media app WeChat have spread through Metro Vancouver, relaying a supposed incident in which a visitor from China was sent home from Burnaby Hospital, Vancouver General Hospital and a Burnaby clinic despite having told health-care providers they had recently come from Wuhan, where relatives had been diagnosed with the virus.

Some reports from Chinese-language media outlets include a list of locations in Richmond, Vancouver and Burnaby where the individual is said to have visited.

The source of the information was James Wang, a Burnaby city councillor.

On Monday evening, Wang told the NOW he had first heard of the story second hand but eventually was able to contact the individual directly via WeChat.

He said the individual in question was a woman who was in town to visit her daughter, a Burnaby resident. Wang said the mother became frustrated by the lack of testing and treatment here and returned to China where she checked into a Shanghai hospital and was subsequently diagnosed with the coronavirus.

According to Wang, the woman wanted to share the information to ensure people in Metro Vancouver take the appropriate precautions and don’t become infected as well.

Wang said he wrote to Health Minister Adrian Dix about the incident and went public with it in order to inform the public.

Editor's note: A previous version of this story stated that Henry "dismissed" the rumour spread on social media. While she said the case had been investigated and there was no risk of infection for the general public, Henry did not refute the overall story.