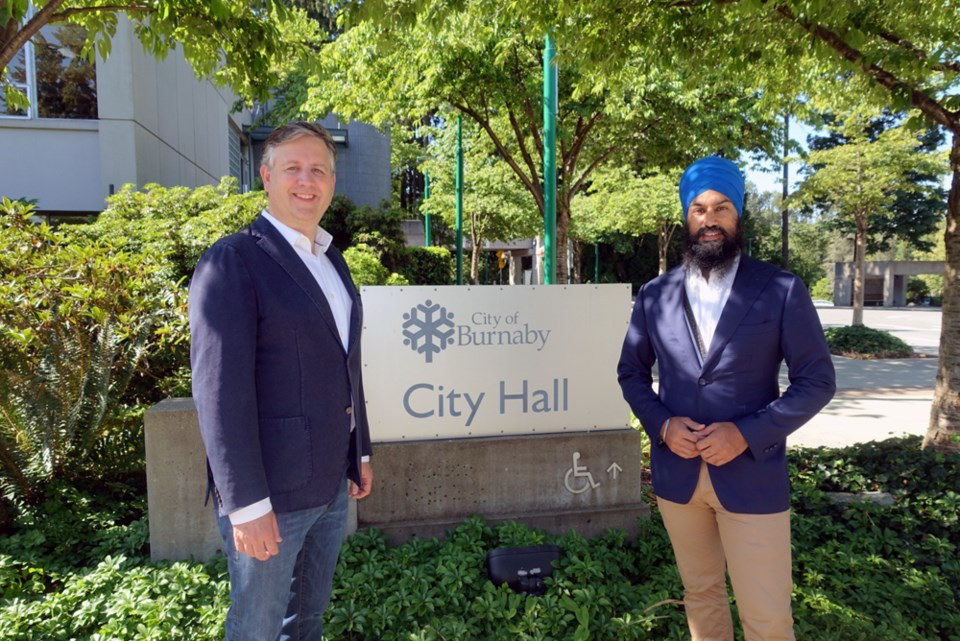 Kennedy Stewart with Jagmeet Singh when Singh was running to become leader of the NDP. NOW FILESContributed

Federal NDP leader Jagmeet Singh will be announcing his intentions to run in Burnaby South to replace outgoing MP Kennedy Stewart, a source close to Singh’s campaign has confirmed.

The NOW learned Singh was scheduled to be in Burnaby Wednesday, Aug. 8, for an event, fuelling suspicion that he is courting voters in hopes of being elected in the Burnaby South riding.

Vancouver mayoral candidate Kennedy Stewart told the NOW he submitted his resignation to parliament Aug. 1. It will come into effect Sept. 14, the last day candidates can be nominated for the 2018 municipal elections. Stewart's departure could trigger a byelection.

His resignation has not yet been officially accepted, and the federal government may or may not decide to call for the byelection before the 2019 federal election.

Singh was elected leader of the federal NDP last year but does not have a seat in parliament.

Last week, Stewart said didn't have all the details about what would be happening Wednesday, but it could be bigger than the smaller community event he held in Burnaby in July.

“I do know he had a really, really warm reception when he visited a couple of weeks ago, and he’s been talking to a lot of people in the community,” he told the NOW. “I think a lot of people, including myself, would like to see him run in a byelection. So we’ll see what he’s got to say on the 8th.”

Singh will be making an announcement at noon outside a film studio at 5784 Byrne Rd.

This story was updated from the original version.