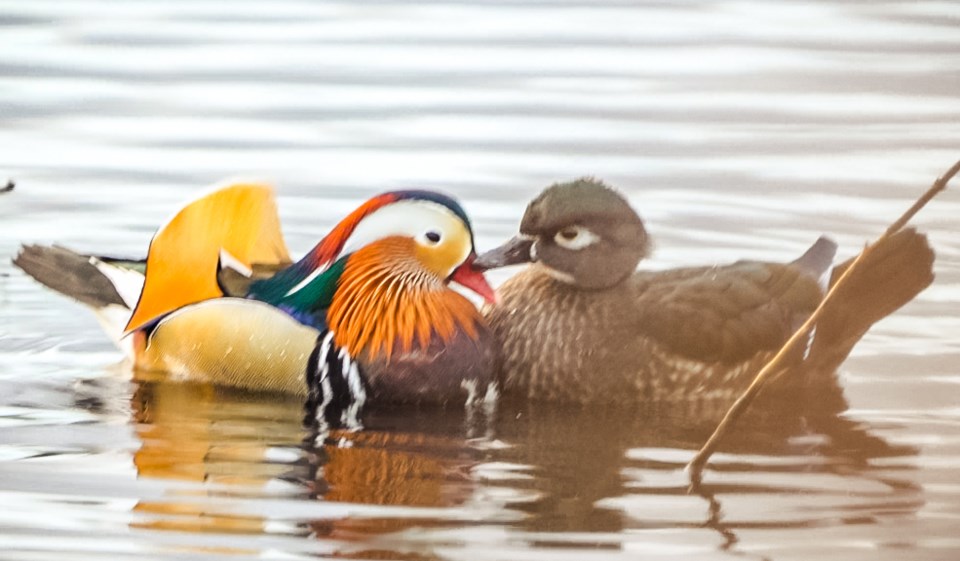 Trevor the Mandarin duck and a companion in Burnaby.Silvester Law

The Derek Zoolander of ducks was spotted in Burnaby and he was getting all flirty with a companion.

The Mandarin Duck – also known as Trevor - has been causing a stir even since appearing in Burnaby, since it is not native to North America. Trevor has been spotted at Burnaby Lake and Deer Lake.

Some also refer to it as the “world’s most beautiful duck.”

The video below by Silvester Law, shows Trevor giving and receiving some attention from another bird.

“The mandarin, widely regarded as the world’s most beautiful duck, is a native of China and Japan,” explains the website Living with Birds. He’s a close relative of the North American wood duck–something Metro Vancouverites are very familiar with seeing in our local lakes and small waterways.

Similarly, the mandarin duck prefers small wooded ponds, which may explain where he (or they) have shown up in Burnaby Lake and Lost Lagoon in Vancouver.

So bird lovers, take note, this rare duck is a sight to behold – but be respectful if you’re checking him out.