What's next for the Kinder Morgan pipeline? 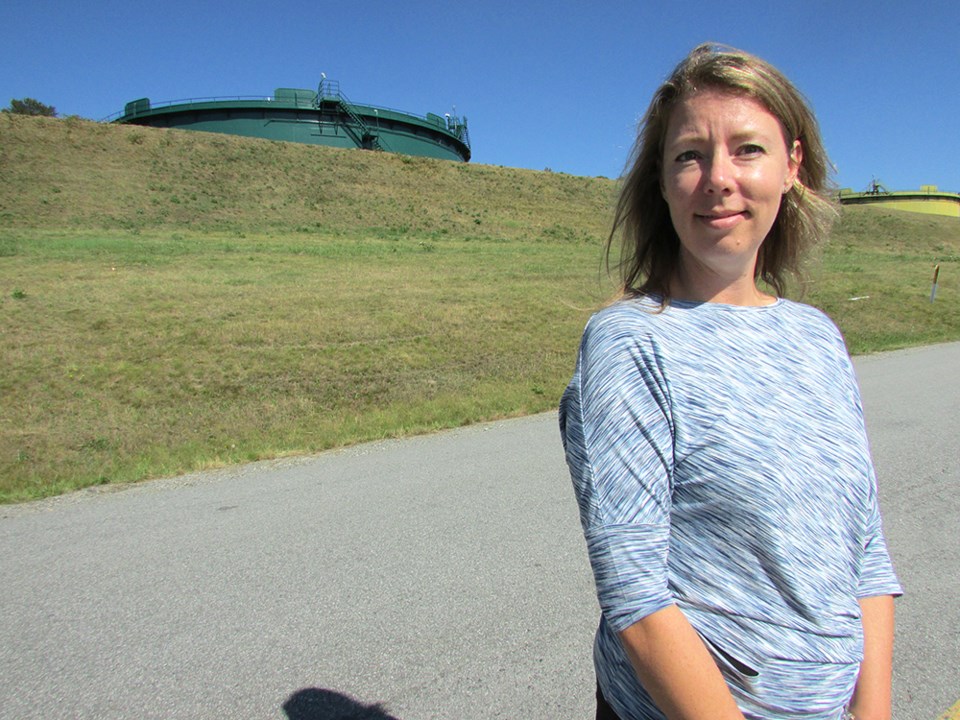 Route issues: Kinder Morgan spokesperson Ali Hounsell says the company is disappointed the City of Burnaby has gone to the B.C. Supreme Court for a temporary injunction to stop survey work on Burnaby Mountain.Jennifer Moreau/BURNABY NOW

The National Energy Board hearing for the Trans Mountain pipeline expansion has ended, so what’s next for Kinder Morgan? Company spokesperson Ali Hounsell chats with the NOW about protesters, climate change and economics. The interview has been edited for length.

The company seems to be moving ahead with preparatory work for the pipeline. Is Kinder Morgan fairly confident it’s going to get approval on this?

We believe we’ve demonstrated the need to the National Energy Board, and we can build and operate the project in consideration of the environment, First Nations and other communities. So we’re confident we’ve presented our case, and we continue to plan for construction. But of course, we’ll have to see what the National Energy Board and the federal government have to say.

What about the draft conditions? I understand there are 150 right now and there could be more. Can the company handle those?

The draft conditions that were issued by the National Energy Board were rigorous and thorough but, we believe, achievable. We expect when the NEB issues their recommendation in May that there would be further - or amendments to, or enhancements to - conditions that have already been issued in draft, so we will look at them at that time. …

What if cabinet says yes but with conditions, and Kinder Morgan moves ahead, but you have massive protests on your hands? What’s the company’s plan to handle that?

I think we will have to incorporate safety and security into our planning for construction. The safety of the people who will be working on the pipeline at the facilities will be our number 1 priority.

How do you move forward with a pipeline when there’s a big group of people, locally and in this city, that don’t want it?

There are a lot people that do support the project. There are some people that have been clear since the beginning who have said they don’t support the pipeline and perhaps never will. … At the end of the day, if we get our approvals, we will plan to move forward and hope that we can continue to have or even begin dialogue with some of the people who have voiced their opposition.

What about who stands to benefit? Why would anyone else be interested in this pipeline, when it’s mostly oil shippers making money by shipping oil in China?

There are all sorts of levels, as you know, of economics, whether federal, international or local, they’re all tied. So, for example, … the City of Burnaby’s taxes would stand to more than double with the expansion, which would make Kinder Morgan one of, if not the, single-largest taxpayer in the city. That could result in local benefits in terms of helping to pay for local services. We’re also working with many communities (on) community benefits agreements, and the goal of those is to provide as many benefits to as many people as possible. In some communities, we’re committing to funding for trail improvements, park improvements, whatever the community identifies in recognition of construction impact. There’s also an increase in the per-barrel oil price. That has a benefit for all Canadians. It means more jobs for Canadians, which generates more tax revenue for the federal government, which can provide services for all Canadians and provide a larger pool of money in addition to provincial taxes  and of course the jobs, as well, that are created during construction. There are benefits on a lot of levels, even the ones that sound on the surface that it’s just benefitting certain companies. When you look at what that means for the economy in terms of more employees, more tax benefits and how that trickles down to individuals, really it benefits all communities.

Twenty-fifteen was the hottest year on record. Why build the pipeline now when people are worried about greenhouse gas emission and rising global temperatures?

Climate change is certainly a concern for many individuals and a lot of companies, and there are action plans. The Alberta government, I don’t know if you’ve had a look at that, has an action plan. The federal government does as well. … But the need and the desire for Canada’s oil products remains, both locally and around the world. There is a lot of work being done to look for future greener solutions. But in the meantime, there’s still a need and a desire for oil.

I get that there’s still a desire in terms of market demand, but you have kids. What kind of planet are we going to be leaving for future generations if we keep building infrastructure for fossil fuels when scientists are telling us to leave them in the ground?

There are differing views of how to approach that. The government and the companies and the industries are looking long-term on how to address that. On a personal note, with my children, we do what we can on a personal level, cycling and trying to minimize our impact and choosing alternate modes of transportation. I think it’s something everyone needs to take responsibility for on an individual basis as well. But I also want to ensure my kids have opportunities and jobs, and so I don’t think the two are mutually exclusive.