Worker seriously injured at Burnaby tank farm was hit by a bulldozer: report

Report says worker was not supposed to be in the area where the incident took place
Mar 12, 2021 12:56 PM By: Chris Campbell 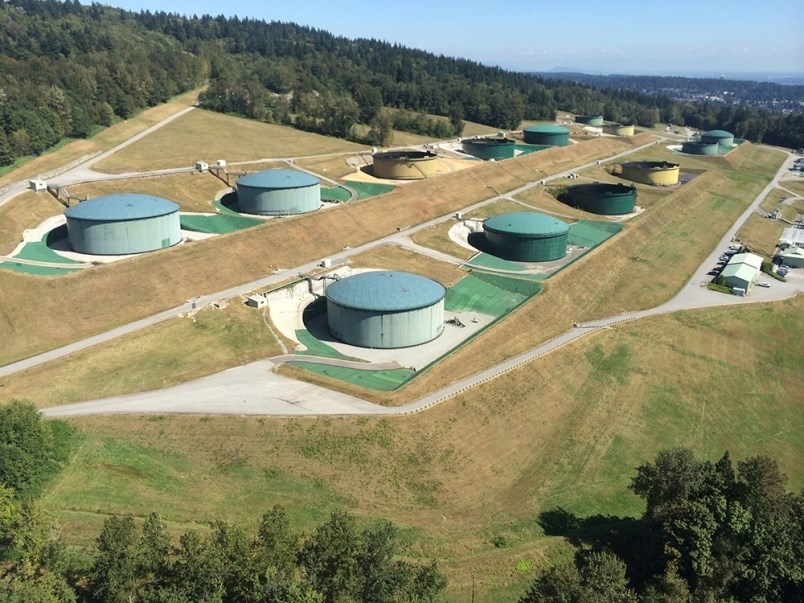 The tank farm on Burnaby Mountain that is operated by Trans Mountain. Contributed photo

The serious injury of a Trans Mountain worker at the Burnaby Mountain tank farm in December 2020 was caused when the person was hit by a bulldozer, according to a new report by the Canada Energy Regulator.

A compliance verification activity report was released Friday into the Dec. 15 incident, which was partly to blame for Trans Mountain shutting down work all along the pipeline expansion until into early 2021 as the company said it was investigating safety issues related to the project. Another work at a TMX site in Edmonton, Alta was killed in 2020.

According to the report, a D9 dozer being operated by a worker with the Kiewit-Ledcor Trans Mountain Partnership in the north quadrant of the Burnaby tank farm “contacted a worker causing serious injury.”

Following the incident, CER inspection officers arrived on scene and conducted several days of interviews and document review. The report outlines that the project has daily work plans and workers are designated to be in certain parts of the project at certain times. The worker was not supposed to be in the area where the accident took place.

“The injured worker's presence in that location was unexpected and not part of the daily work plan,” said the report.

“Appendix A of the KLTP Lower Mainland Project Specific Safety Plan identifies ‘contact between people and equipment’ as a hazard. ‘Unauthorized personnel will not be allowed in work area’ (the control) is listed as a control for this hazard. This control was not effective in preventing the injured worker from entering the area where the rock truck and dozer were operating.”

The report also details missing communication with the person who was operating the dozer.

“The name of the worker who was operating the rock truck on 15 Dec 2020 was missing from the plan,” said the report. “There was no evidence that the plan had been communicated to the rock truck operator in accordance with section 2.5 of the KLTP Lower Mainland Project Specific Safety Plan.”

CER told the NOW by email that it is still reviewing the incident and that WorkSafeBC is conducting an investigation.