Born from a club breakup, the first-year Campo Atletico were an unknown to start the Vancouver Metro Soccer League’s Div. 2 season nearly a year ago. Even those in charge had their expectations tempered by all the new moving parts and new players.
May 18, 2016 2:55 PM By: Dan Olson 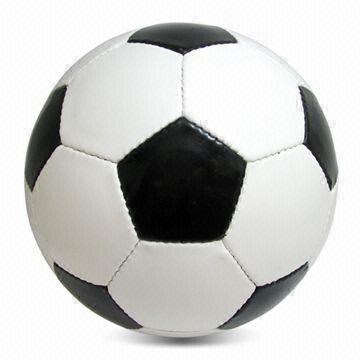 Born from a club breakup, the first-year Campo Atletico were an unknown to start the Vancouver Metro Soccer League’s Div. 2 season nearly a year ago.
Even those in charge had their expectations tempered by all the new moving parts and new players.
Following Saturday’s dramatic 3-1 triumph over Rino’s Fury, earning the Burnaby-based Atletico the Keith Millar Cup, the journey has a storybook feel.
Behind a quicksilver strike by Pablo Mora Angel just six seconds into the final, Campo Atletico dominated at times and fended off a hungry Vancouver Metro rival to collect the Div. 2 provincial title.
“This year if you had said we’d finish top-five I’d had said great,” remarked club president and midfielder Giancarlo Cusano. “To essentially start from the beginning, with so many new players and expectations unknown, this was definitely incredible.”
Formerly under the North Van and FC Campobasso banner, Cusano and core members of the team set out on their own after a break-up with the rest of the club.
Starting fresh with a good group of players and one-time Campobasso coach Eduardo Azmitia, Cusano prepared for a test of fire as Atletico established chemistry and a footing in the Div. 2-A circuit.
While the first month reflected that reality, once mid-October came the squad hit its stride, suffered just one loss the rest of the way. They won nine of their final 11 league matches, surrendering just four goals along the way to a 15-5-2 record.
“It was a fantastic season, even if we hadn’t achieved (the Div. 2 and Provincial cups),” Cusano said. “We definitely had momentum heading into (cup play).”
It all came to a head in the provincial final, where a fiery start set the tone the rest of the way.
Off the opening kickoff, centre-mid Edson Castro pushed the ball quickly up to Mora Angel who split the defence and buried it behind a startled netminder.
“To get on the board just six seconds in was a huge boost, no one was expecting that,” recalled Cusano. “We led 2-0 at halftime and kind of kept pushing.”
Santiago Sanchez counted the team’s second goal, again off a Castro feed at the 25-minute mark, but prior to that netminder Zac Der made a tremendous save off a Rino drive that would have drew the two teams even.
The club is now hoping for promotion to Div. 1, with rumours that along with a relegated team, one Div. 1 team is folding.
Considering that Cusano was a founding member of the Campobasso program in 2005, the rebranding exercise went better than he had hoped.
“Campo means family, a brotherhood,” he noted. “Our club was founded by bringing together outcasts with open arms, so this new beginning was very special. It couldn’t have ended more special.”