He isn’t following in family footsteps as much as displaying how bloodlines and soccer skills go hand-in-hand for the Baldisimos.
Mar 2, 2016 4:29 PM By: Burnaby Now 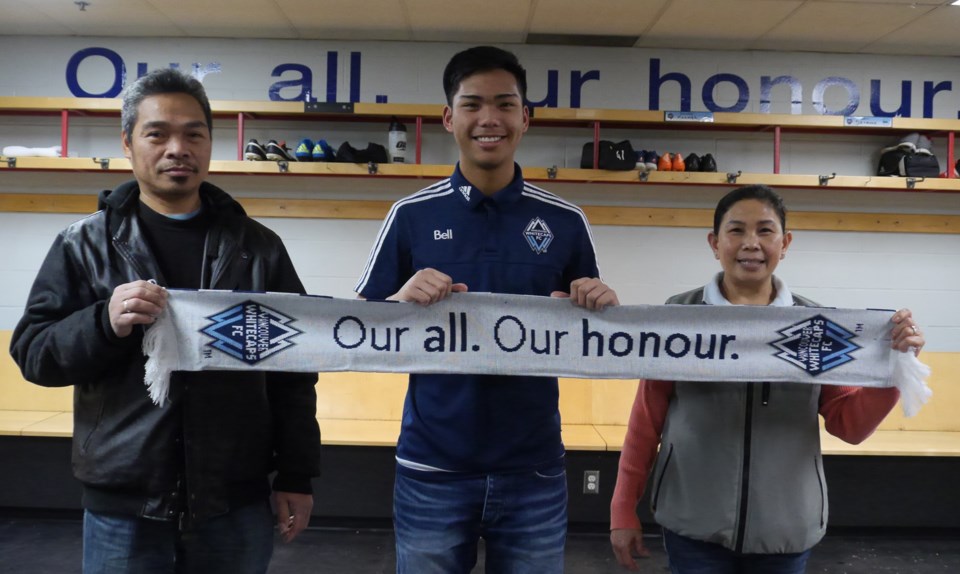 He isn’t following in family footsteps as much as displaying how bloodlines and soccer skills go hand-in-hand for the Baldisimos.
Matthew Baldisimo, 18, signed with the Vancouver Whitecaps FC2 team last week, a natural progression for the Wesburn Youth Soccer product.
The teenage defender/midfielder was a member of the Whitecaps’ residency program, one of three brothers -- joining Mark and Michael -- to be groomed by the program. During his four seasons playing in the United States Soccer Development Academy (USSDA), Baldisimo has amassed 88 starts in 100 appearances, scoring nine goals. In the current 2015-16 season, the defender/midfielder started 17 of his 20 appearances with the U-18 Residency team, scoring five goals.
He captained Canada at the 2015 CONCACAF under-17 championships, scoring once in four games.
“Matthew is extremely competitive and plays in the best interest of the team,” said Whitecaps FC residency technical director Craig Dalrymple.

"The challenge for (Baldisimo and Alphonso Davies, fellow Whitecap Residency product) now will be to transfer their abilities to the increasing demands of the senior professional game.”