It'll be uptempo and loud when Burnaby South take to the floor Wednesday afternoon to kick-off the 15th annual Rod Thomson Memorial Senior Boys Rebel Classic. The No. 3-ranked 4-A team in B.C.
Dec 17, 2019 2:58 PM By: Burnaby Now 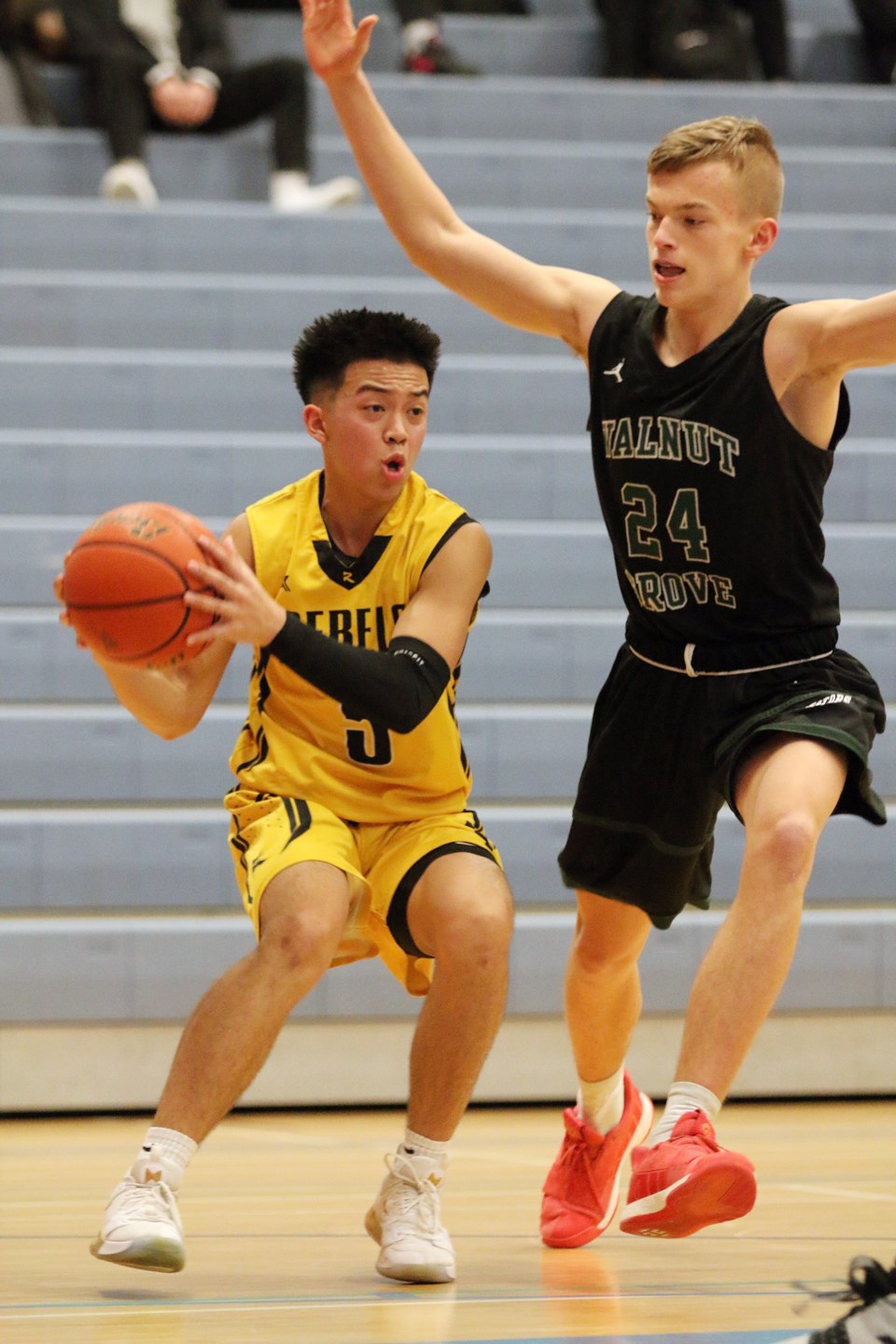 The No. 3-ranked 4-A team in B.C., the Rebels will look to build momentum heading into the holiday break.

Fresh off of Monday's Burnaby-New West league win over Moscrop, where they held a 113-37 advantage, the Rebels will start a home court series that includes a pair of 4-A honourable mention squads.

Two weeks ago Burnaby South garnered some intense competition at the Tsmura Invitational in Langley, going 3-1 to finish third overall.

The Wildcats will be heading into their second straight tournament, after posting a 1-2 record at last week's St. Patrick's tourney. Burnaby Central were blasted 141-68 by the host and 3-A No. 3-rated Celtics, rebounded to beat Bodwell 59-47, then fell 77-64 to Hugh Boyd.

Also competing on opening day at the Thomson tourney is Burnaby Mountain, which squares off against honourable mention Heritage Woods, 6:15 p.m. in Gym 2. In the other opening round game, North Delta takes on G.P. Vanier at 8 p.m.

Tickets are $5 for adults and $2 for students, with an adult tourney pass available for $10.