Zion Corrales Nelson is longing to be back on the track, but the legal studies student-athlete at the University of California-Berkeley empathizes with the bigger picture.
Apr 2, 2020 2:12 PM By: Dan Olson 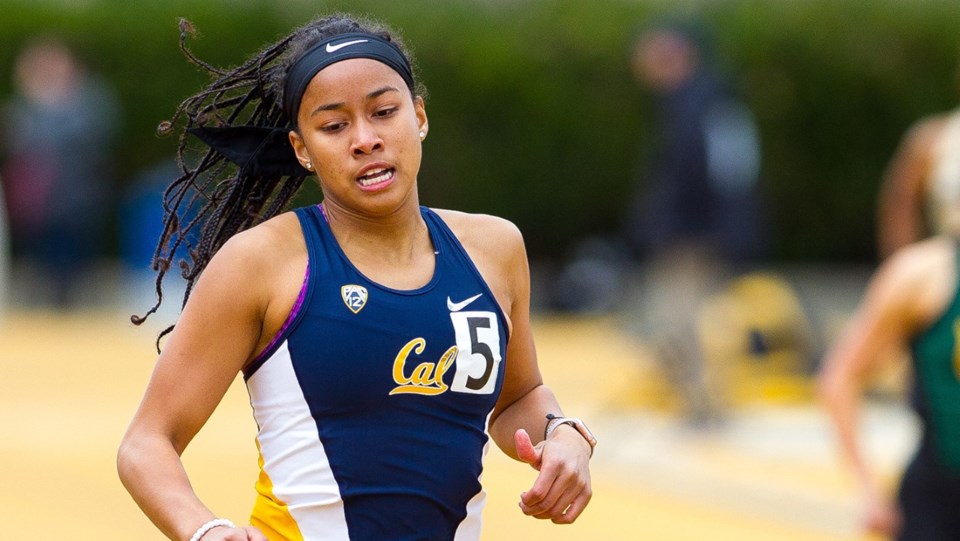 Zion Corrales Nelson is longing to be back on the track, but the legal studies student-athlete at the University of California-Berkeley empathizes with the bigger picture.

Like so many others, the Burnaby woman has witnessed the impact of COVID-19 and seen her own Olympic dream derailed – temporarily – as the sports world has been frozen by the worldwide pandemic.

The goal of representing her mom’s homeland the Philippines at the Tokyo Olympics is still motivating the track sprinter.

“Honestly, after the NCAA season got cancelled, it was probably in my best interest to have (the Olympics) postponed. I was going to be missing crucial races, hitting the standard time. I had big goals for this season, so once it got cancelled it was like the motivation went down a little bit,” Corrales Nelson said.

Her disappointment was put in perspective with the sight of how everyone took a hit at her San Francisco Bay area campus, located north of Oakland, where sports and academic hopes were piled under the reality of a deadly pandemic, which has spared no one.

“There was panic when (California) went on lockdown; people in the grocery stores mass-buying things,” the Burnaby native said. “It’s cooled down quite a bit but there was the initial hit when the news came out of impending lockdown (on March 13 that) made people get pretty nervous. … I know there’s panic amongst restaurant owners, local business owners trying to keep afloat.”

A year ago, the St. Thomas More Collegiate alum had turned around an average outdoor season with a really strong finish, twice carving out new personal best times in her 100- and 200-metre events en route to the NCAA national track and field championships.

“I think the beginning of my outdoor season was going pretty well, but I wasn’t hitting the regional standard. I was getting pretty nervous, but towards early April I started to buckle down in training and started to PR (personal record) in a couple of meets. …  So making nationals was a huge, huge accomplishment for me and it was super surprising. I didn’t think I’d run that fast but it all worked out. I made nationals and it kind of opened my eyes to the potential I had to running consistent 22s in the next year and making the dream come true.”

Her 200m time also shattered a 33-year-old Philippine record, and fanned the flame to continue pursuing that Olympic path.

The third-year student-athlete was also named to the honourable All-American list.

What was a chance to cement that momentum has now been put in isolation, but didn’t dampen the desire for the studious sprinter.

“We were all pretty excited (about the 2020 season). The nationals were in all our minds, a top-eight and getting an Olympic standard was definitely going to happen for sure. … Definitely just from last season I had in my mind that I could compete with the best of the best, (and) that helped me throughout the season. There’s always next year to get it going again.”

Just 21, Corrales Nelson feels getting to the 22.80-seconds Olympic standard is within her stride – once athletics, and the world, is allowed to resume something normal. When that is remains up in the air, with the U.S. now feeling the brunt of the pandemic.

In the meantime, Corrales Nelson keeps connected to her family and younger sister, Shiloh, who is in her first year as a student-athlete at the University of California-Riverside.

“It sucks but it helps to have school still going, doing homework,” she said. “I try to go on a run, go on a trail run and keep a routine. I want to be busy so that my mind doesn’t go super crazy being alone here. I have a lot of school work so there’s a lot to do.”

Putting her running skills to the test will have to wait. But the Olympic dream of representing the Philippines continues to be powerful inspiration.