Chargers find some success at Hilltop

The anticipated high hill to climb has been just that, but at least the Cariboo Hill Chargers will always have the Sands Hilltop Invitational to look back on.
Jan 16, 2020 7:38 PM By: Burnaby Now 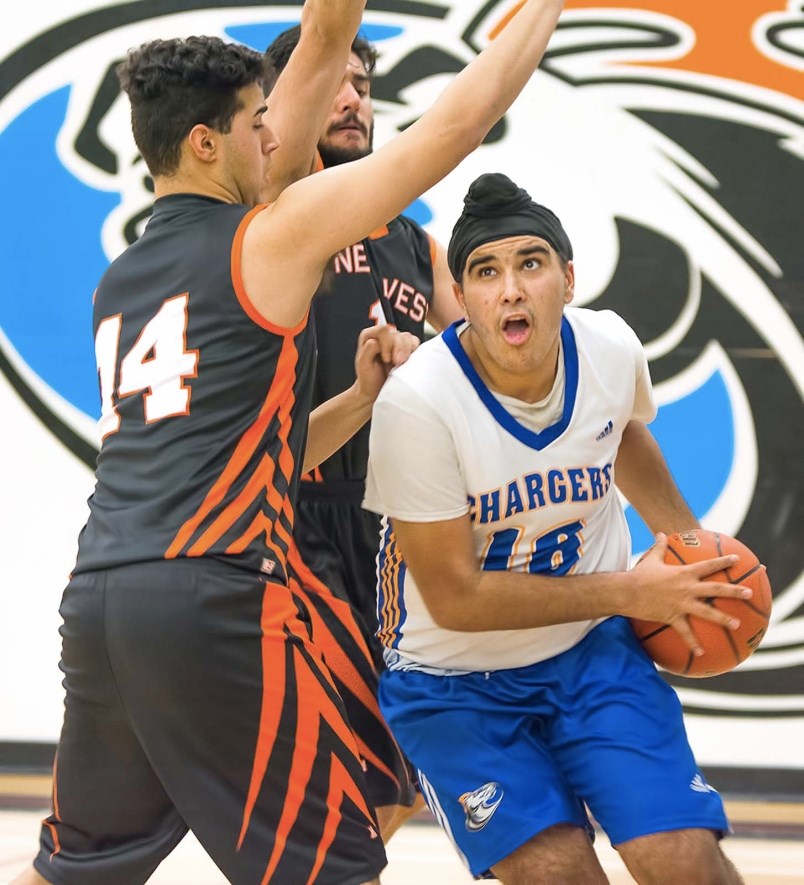 Cariboo Hill's Harjap Dhaliwal, shown above in a game two seasons ago, continues to pace the Chargers offence. The team picked up a pair of victories at last week's Sands Hilltop tournament.NOW file

The anticipated high hill to climb has been just that, but at least the Cariboo Hill Chargers will always have the Sands Hilltop Invitational to look back on.

Cariboo opened the tourney by topping Southpointe Academy 62-53, with Dhaliwal recording another double-double, scoring 19 points and 10 rebounds. Mathieu Laroche was good for 18 points and eight boards, while Abulail netted 10 points.

Between those two wins were a couple of tough losses. They were tossed 98-54 by Mulgrave, then nearly doubled in a 63-36 setback to Westview, while playing without Dhaliwal. Laroche scored 13 points in the latter effort.

The Chargers, who opened the season with a 79-31 triumph over Sutherland, sits 0-2 in Burnaby-New West league play, after suffering a tough 111-52 trouncing at the hands of Burnaby South on Monday.

Dhaliwal cashed in 18 points while Laroche chipped in eight. A total of 11 Cariboo Hill players got on the scoresheet.